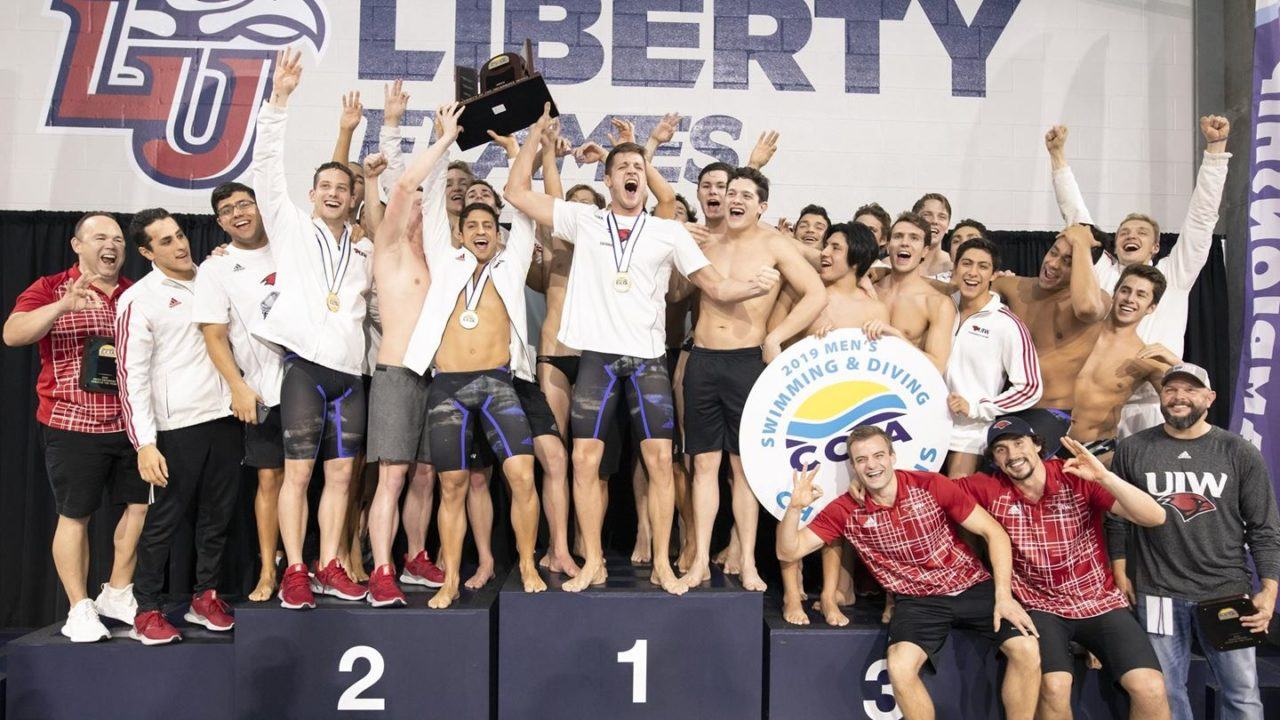 Incarnate Word, the 3-time defending CCSA Men’s Champions, has been forced to pull out of this year’s championship due to severe weather across Texas. Archive photo via Incarnate Word Athletics

Incarnate Word, the 3-time defending CCSA Men’s Swimming and Diving Champion, has been forced to pull out of this weekend’s 2021 CCSA Championship due to the inclement weather situation in Texas. The school announced that it will be pausing all athletic activity through Sunday for all sports teams at the school.

In its announcement, the university wrote, “The University of the Incarnate Word Athletic department announced a pause on all sports competing through Sunday, Feb. 21 due to inclement weather in the region.”

The University of the Incarnate Word is located in San Antonio, Texas. Like most of the state, San Antonio has faced brutally cold temperatures this past week, with temperatures in the region only getting to about 30 degrees maximum. As a result, a majority of the state of Texas has been forced to shut off their power, and the governor has declared a state of emergency across the state.

Incarnate Word was slated to chase its 4th-straight CCSA title this weekend, coming in as the heavy favorite for the title. Based on projections by the Swimulator, Incarnate Word was seeded to score 974 points, over 200 points ahead of projected runner-up Gardner-Webb. The team was slated to return many of their swimmers from last year’s group, including conference record holder Fernando Rubalcaba Cruz.

Last season, Incarnate Word won the men’s CCSA Championship title with a total of 874.5 points, finishing ahead of Gardner-Webb (685.0).

Notably, the Incarnate Word women were able to compete at the 2021 Women’s CCSA Championships, which occurred earlier this week. The team placed 3rd behind FGCU and Liberty, who tied for first place overall.

Thank you for the updates! Would you please provide a link to the men’s psych sheet?

Hey Christina, we haven’t been given a copy of the CCSA men’s psych sheets, unfortunately.