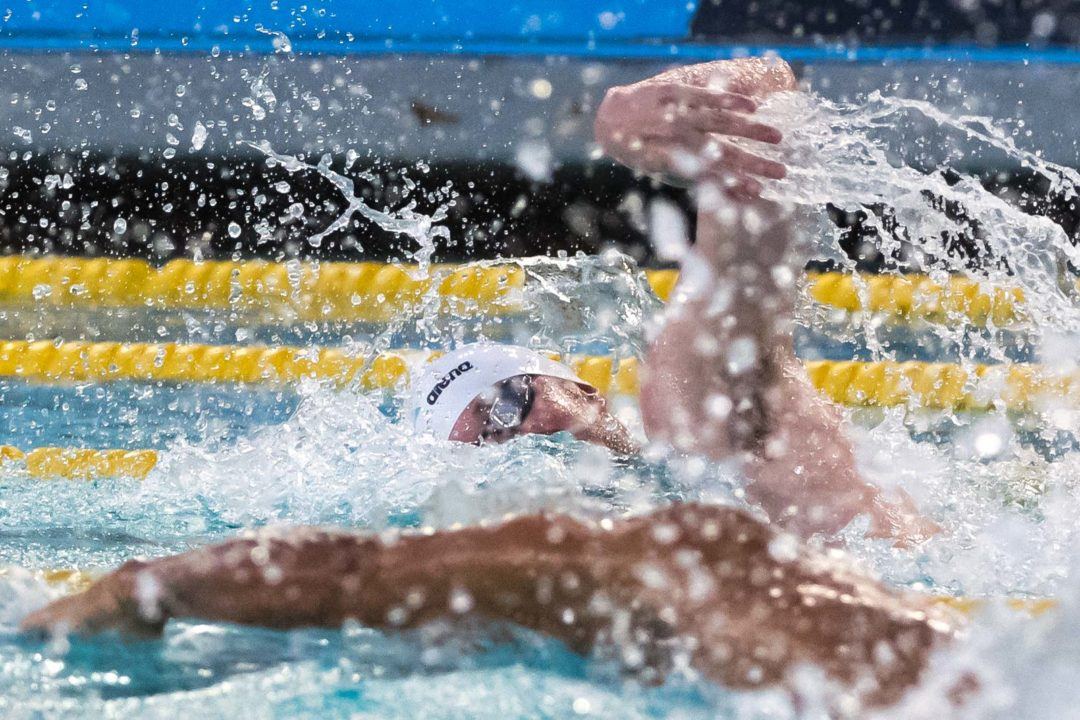 Jack Conger will swim on the both the 4x50 and 4x200 free relays for the U.S. at day 4 prelims. Archive photo via Mike Lewis/Ola Vista Photography

The relay lineups for the fourth preliminary session from Hangzhou have been released, and it looks as though the U.S. men are planning on exchanging out the majority of their prelim swimmers for the final in both the 4×50 and 4×200 freestyle relays.

This morning they’re using Michael Andrew, Michael Jensen, Kyle Decoursey and Jack Conger in the heats of the 4×50 free, indicating they’ll surely bring in at least three new swimmers for the final in Caeleb Dressel, Michael Chadwick and Ryan Held. It seems more than likely they’ll use Blake Pieroni there as well, as Andrew, who was their second individual entrant in the 50 along with Dressel, was just over two-tenths off his best time in the semis and missed the final. He’ll also have a busy session at finals with the 100 IM final and likely the 50 fly semis.

Conger will also swim the 4×200, where he’ll be joined by Kieran Smith, Jacob Pebley and Zach Harting. Pieroni is certainly a lock for the final, and they could also potentially bring on Zane Grothe and Caeleb Dressel as well. Ryan Murphy, Held and Chadwick are also viable options, though it comes shortly after the 50 back final which probably rules out Murphy. Both Pebley and Grothe swam on the silver medal winning team in 2016. This will also be the first swim of the meet for Smith and Pebley.

The majority of teams are using their best swimmers in the 4×50 heats, with Russia only leaving out Vlad Morozov while using who would have to be considered their next best four in Evgeny Sedov, Ivan Kuzmenko, Kliment Kolesnikov and Sergey Fesikov.

Sun Yang will also notably make his meet debut for China in the 4×200 heats.