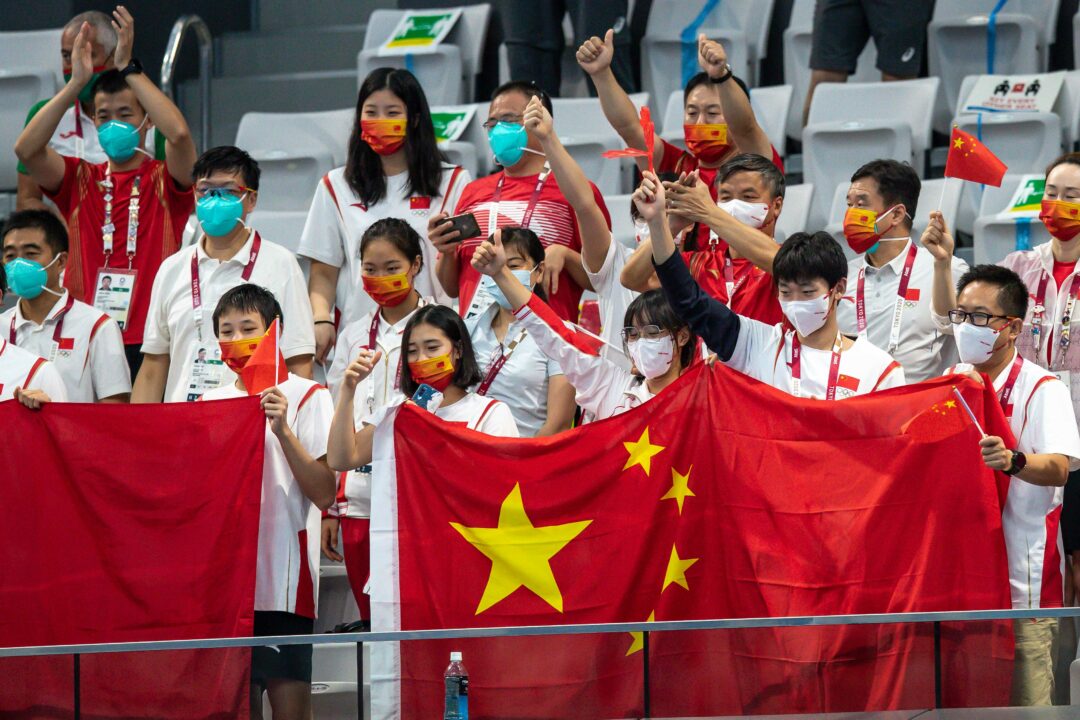 Tonight in the men’s 100m freestyle semi-finals in Budapest, sprinter Pan Zhanle made history for his nation of China. The 17-year-old busted out a time of 47.65 to not only book his place in tomorrow night’s final as the 5th-seeded swimmer but he also matched the longstanding national record in the event.

Entering this meet, Pan’s fastest 100m free time rested at the 48.59 he logged at the 2021 Chinese National Games. He had already managed to hack a solid half second off of that result during the heats this morning, further improving his PB to 48.19.

Tonight, splitting 22.97/24.68, Pan entered entirely new territory. His time of 47.65 was his first-ever swim under 48 seconds. His time ties the standing Chinese national record of 47.65, held by Ning Zetao since 2014, but it also now falls just .09 outside of Korean Hwang Sunwoo’s Asian record.

Ning was at one time China’s big sprint hope, both on an individual and relay level. As the medley relay anchor, Ning helped bring China to the top of the podium at the 2014 Asian Games in a new continental record and then went on to become China’s first and still-only world champion in the individual 100m free in 2015.

After disputes with the Chinese swimming federation over sponsorship rights, Ning retired in 2019 leaving China to search for its men’s medley relay replacement. The lack of sprint freestylers has been an ongoing problem for China, which has had more success in the other strokes (especially backstroke and breaststroke).

As the medley relay anchor at the 2018 Asian Games, He clocked a 48.94 split in the heats before he was replaced by Yu Hexin in the final.

Last year at the Tokyo Olympics, He posted 48.77 as his split on the men’s medley relay but the Chinese team was rendered disqualified and out of medal contention.

Now with Pan showing potential at such a young age, China can lean on the teen to produce something game-changing on the final leg of the men’s medley relay.

Putting together a potential lineup as follows, a possible China squad listed with their flat start personal bests below could begin entering the conversation for a minor medal even this week in Budapest.

The aggregate relay time for the aforementioned comes to 3:30.07, a result which, not taking into account rolling starts, would have placed 4th at the 2019 FINA World Championships.

China has a few uber talented youngsters coming up in men’s freestyle. We weren’t able to see them swim this year due to the cancellation of Nationals, but hopefully they can compete in the fall.