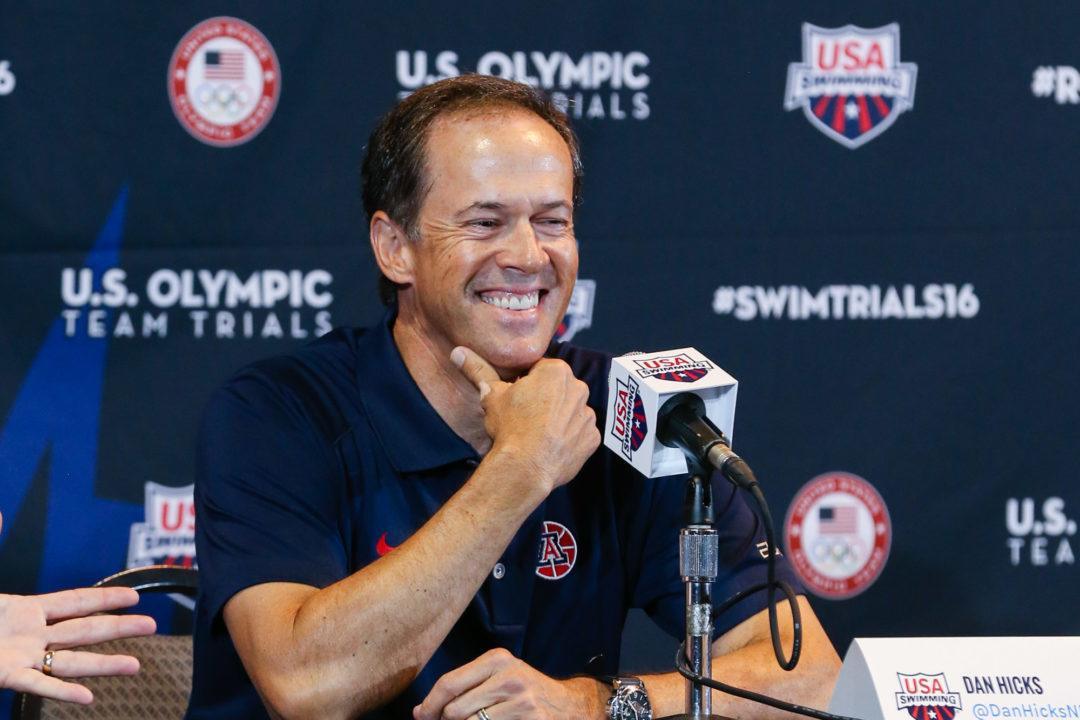 Despite earlier reports that Bob Costas would be hosting the 2016 Golden Goggle Awards, Dan Hicks is now taking over hosting duties for the event. Archive photo via Tim Binning/TheSwimPictures.com

Despite earlier reports that Bob Costas would be hosting the 2016 Golden Goggle Awards, Dan Hicks is now taking over hosting duties for the event according to USA Swimming’s event page. Hicks has served as an announcer alongside Rowdy Gaines for the last 6 Olympics, including his duties as a play-by-play announcer for swimming in Rio this summer.

No statement has been released as of now as to why Costas, who has been involved in NBC’s broadcasts of the Olympics since 1992, will no longer be hosting. Costas was the host of the Golden Goggles ceremony following the Olympics in 2004, 2008, and 2012.

The Golden Goggle Awards will take place on Monday, November 21st in New York City at the Marriot Marquis’ Grand Ballroom. At the ceremony, awards will be presented to swimmers and coaches in 8 different categories. The event will begin at 6:30 p.m. Eastern time.

Up until earlier this month, fans were able to vote for their favorite noimnees for each award through USA Swimming’s website. Voting for the awards is now closed, and the awards will presented to the winners this coming Monday.

Great to see Dan Hicks taking on this event. He seemed to really enjoy being at Olympic Trials in June. Is swimming his new favorite broadcasting sport? It’s sure to be a fun-filled evening.