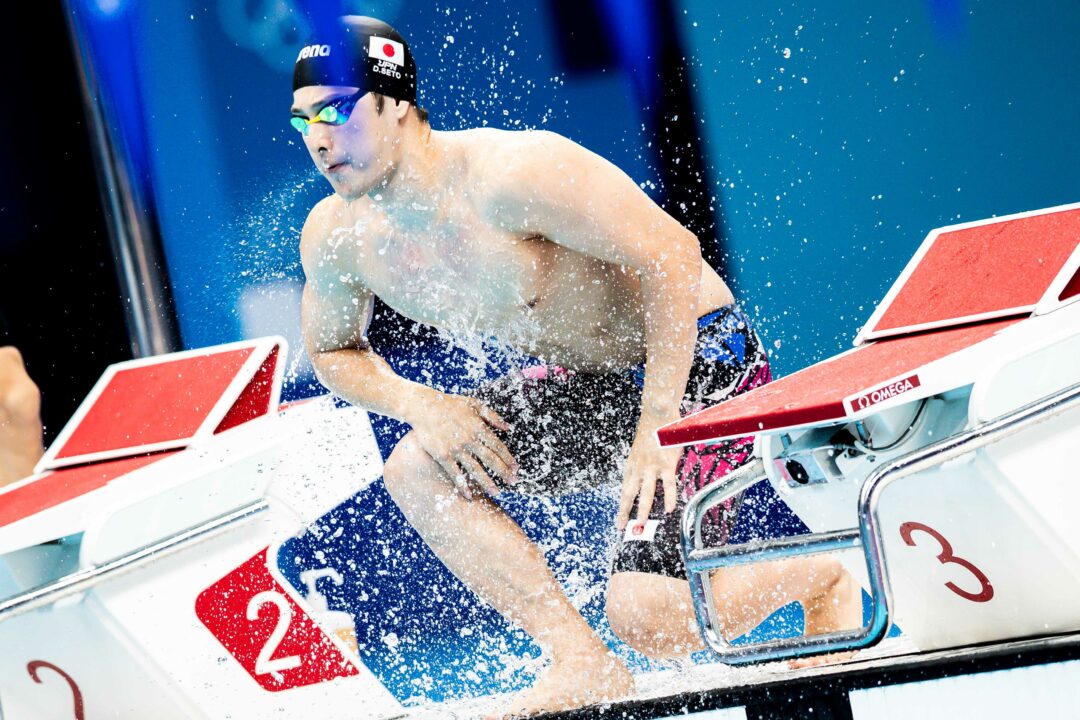 Japanese swimmer Daiya Seto described training in United States as a fun experience and hopes to return in the near future. Archive photo via Jack Spitser/Spitser Photography

Japanese World champion Daiya Seto described his months of training in the United States as a fun experience. The versatile swimmer expressed his enjoyment with training the past few months, saying it was different from what he was accustomed to in Japan. He also hopes to return to the United States for future training.

His training concluded with a stop in Flagstaff, Arizona, where he trained with Coley Stickels, coach with the International Swim League’s Tokyo Frog Kings. The pair then traveled together to Abu Dhabi for the 2021 FINA Short Course World Championships.

When asked which of his favorite training spots were, Seto laughed and said they were “all good.” He hopes to return and train in the near future, saying he wants more of those experiences.

In October, Seto became the 4th Japanese swimmer ever to become a true professional athlete, declaring emancipation from the Japanese Swimming Federation (JASF). As such, Seto will now be responsible for expenses related to training camps and trips. However, the restrictions on Seto’s commercial activities will be relaxed, which opens the door for more earning opportunities heading into Paris 2024.

As long as he stays far away from MA and his garbage-level training program, Seto will do well training in the states.

I don’t get the family dynamics in Japan!?!?

Really isn’t any of our business

So from now on is he training in Japan with Coley Stickels?