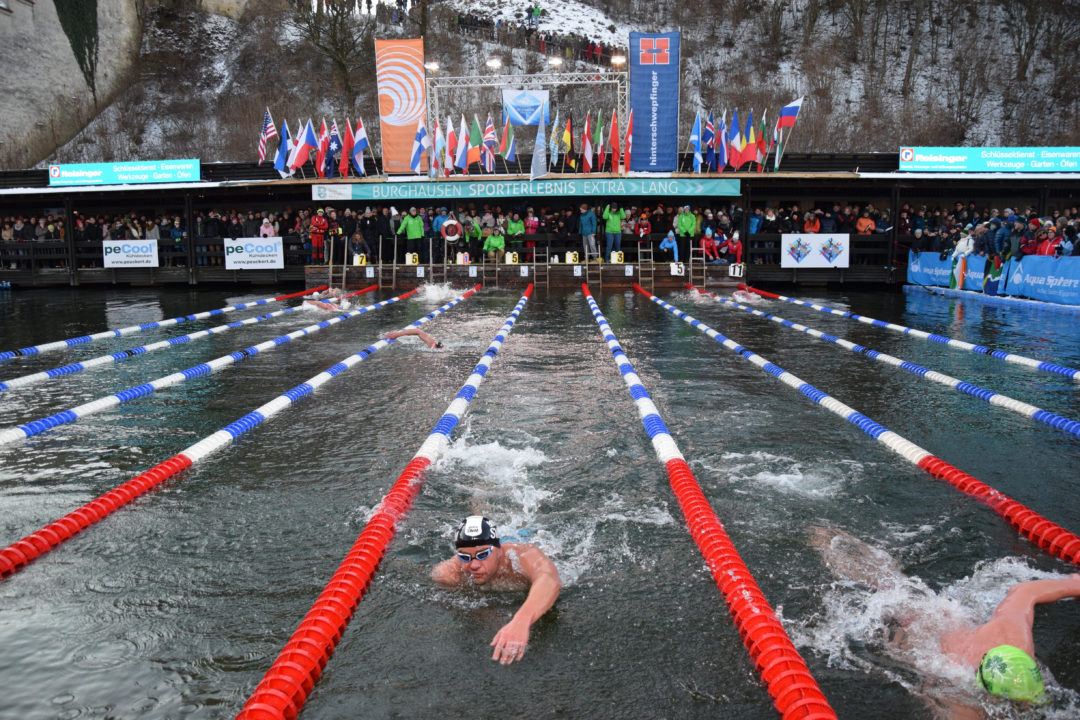 Vitek will swim from England to France, and back to England again, without a wetsuit – a distance of around 80km (almost 50 miles). He will attempt to break Rush’s record of 16 hours and 10 minutes, which was done in 1987.

In 2009, Vitek set the Czech Republic national record for a one-way solo swim across the Channel, finishing in 7 hours, 16 minutes, and 25 seconds, which was also the fourth fastest solo swim of all-time. Should he be able to do that twice in a row, he would easily have the record.

Water temperature is estimated to be between 12-16 degrees Celsius (53.6-60.8 Fahrenheit). Water temp should be a trivial issue, as Vitek has prepared for much colder:

Through his position as an open water marathon swimmer, Vitek wants to draw public attention to ocean-related environmental issues, including melting glaciers and rising sea level due to global warming. He is using the swim as a fundraiser for Friends of the Earth, an organization which tackles climate changes from various angles. You can donate to his cause here; note that half of the proceeds will go to Friends of the Earth, and the other half will be used to cover part of the costs associated with the attempt

A double English channel is 67 kilometers, not 80.

It would be good to confirm in advance whether a two hand touch on France is required.

🙂 Do you mean in the ice swimming competitions? Under international ice swimming association (IISA), only open turn is allowed. No flip turns.

Water temp should not be an issue. Note how the people on deck are dressed, and the snow in the background. (I did some google searches to learn more about the venue pictured.)

🙂 this is the video of the competition about the picture.
https://www.youtube.com/watch?v=1FhaLWVVt20