Blueseventy Swim of the Week: Murphy Remains Consistent in CA 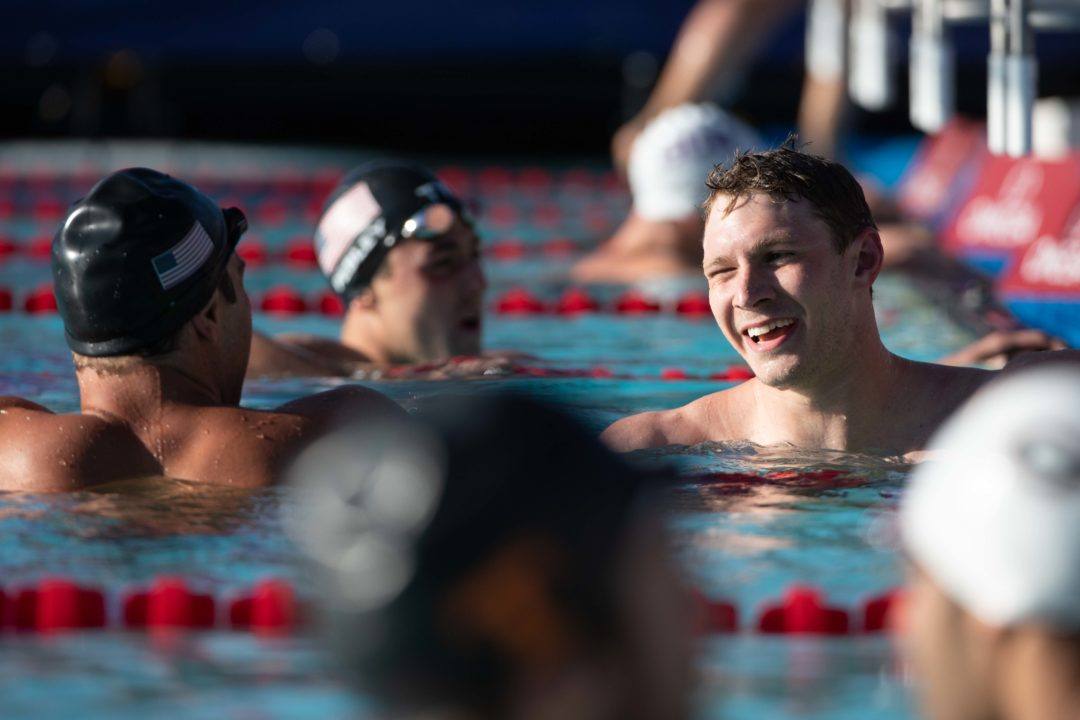 Ryan Murphy is undefeated in 200 backstrokes this season after beating Ryosuke Irie and Jacob Pebley at the Grand Challenge in Irvine. Archive photo via Mike Lewis/Ola Vista Photography

Last week, Japanese 23-year-old Naoki Mizunuma hit the 4th-fastest time of anyone in the world this season in the 100 fly.

Ryan Murphy‘s 200 back win at the Grand Challenge meet in California last weekend didn’t turn too many heads. It wasn’t quite a season-best, it didn’t move him up the world rankings. In fact, it didn’t even break a pool record that’s been held by Ryan Lochte since 2010.

But the swim is a lot more important than it’s getting credit for – it’s another building block in a quietly dominant season Murphy has been constructing since January.

Murphy is now an undefeated 4-for-4 in 200 backstrokes so far this season, with plenty of top competition. He’s 3-for-4 in 100 backstrokes, losing only the 100 to Matt Grevers in Austin way back in January.