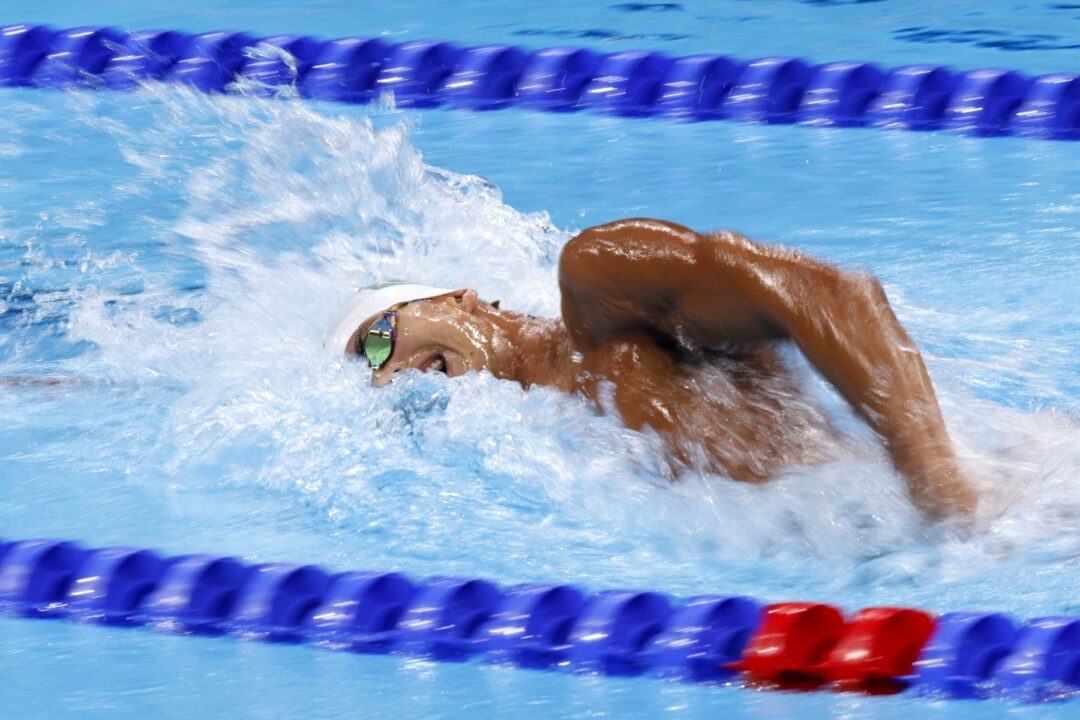 23-year-old Brazilian Guilherme Costa broke his fifth South American record in six swims at the 2022 Worlds by lowering his own continental mark to 14:48.53 in the men’s 1500 free on Saturday.

Costa shaved more than four seconds off his previous best from prelims and placed 6th in the final, equaling the best position by a Brazilian in the event (Luiz Lima in 1998).

The race capped off an impressive meet for the rising star that began with him becoming the first South American to qualify for the men’s 400 free final at Worlds – let alone win a bronze like Costa did in 3:43.31, a new continental mark. He also reset his South American record in the 800 free (7:45.48), his 5th-place finish also marking the first time a South American reached the final in the event.

But after his last race of the week, the distance freestyle specialist seemed most pleased with his performance in the 1500.

“I had more to give in the 400 and I could have done a better race in the 800, but I liked the result today,” said Costa, who started in 4th before fading to 6th. “As I had nothing to lose, I wanted to see how far I could go. I had a great race.”

Brazil may have only brought home two medals from Worlds – 42-year-old Nicholas Santos’s silver in the men’s 50 free being the other – but they did have 14 swimmers make a final. That number includes six female finalists, a new national record, but none in the 100 or 200 distances.

Costa just hasn’t surpassed Testuo Okamoto or Djan Madruga yet because they have Olympic medals, Djan has 4th place in the individual and medal in relay, Tetsuo in the individual, but Costa should get a medal in the 400m freestyle, he should improve his marks even more. He will establish himself as the greatest South American long-distance swimmer.

Djan is still competing well on a masters level. I met him at the Pan-American masters champs in Orlando in 2018 and he crushed the 800 free in his age group at 60+.years old. Super nice guy too!

Santos won silver in the 50 fly, not free