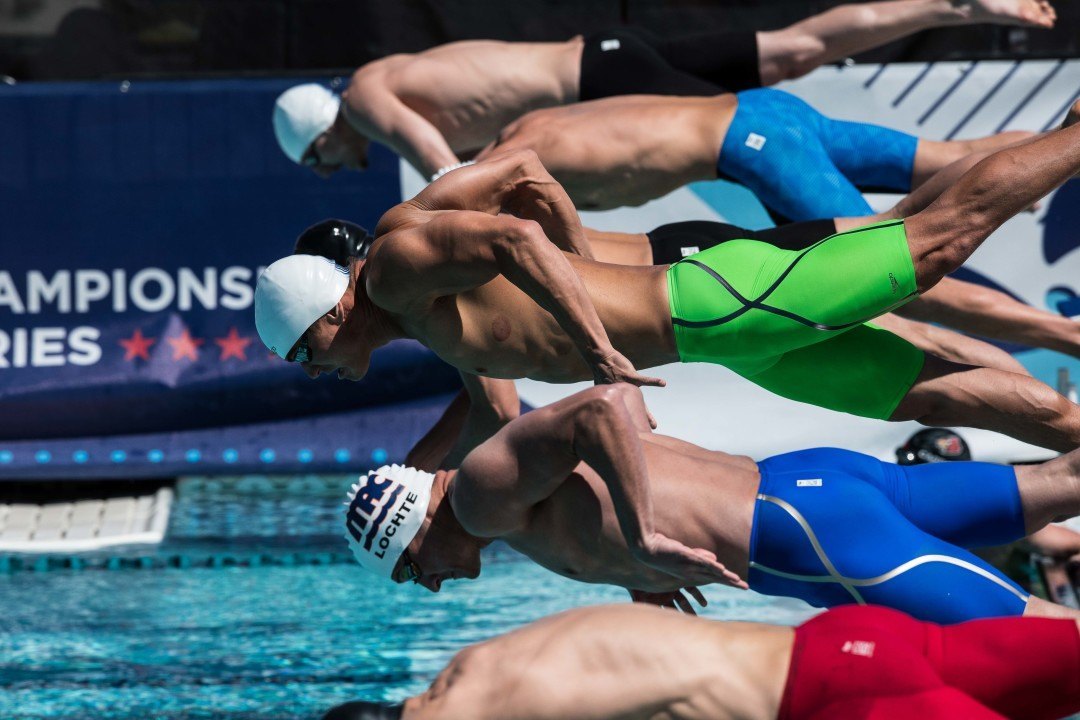 In Mesa, Nathan Adrian ﻿remained undefeated in the sprint freestyles on the 2016 Arena Pro Swim Series to maintain his men's points lead, while ﻿Katie Ledecky ﻿continues to crush the competition on the women's side. Current photo via Mike Lewis/Ola Vista Photography

In Mesa, Nathan Adrian remained undefeated in the sprint freestyles on the 2016 Arena Pro Swim Series to maintain his men’s points lead, while Katie Ledecky continues to crush the competition on the women’s side.

Adrian’s lead is a fascinating one. In a series that usually favors versatile athletes who enter a wide range of events, Adrian has accumulated the most total points while scoring in just two events – the 50 and 100 freestyles.

That’s because Adrian is undefeated on the series this year, winning both sprint events in Minneapolis, Austin, Orlando and Mesa. That consistency has him leading Michael Phelps and Conor Dwyer by 5 and 8 points, respectively.

Ledecky’s domination isn’t much of a surprise on the women’s side, but it is noteworthy that she leads the field by 15 points – the equivalent of three event wins. Ledecky had the second-best showing in Mesa, trailing only a red-hot Maya Dirado, who has scored 32 of her 40 points over the last two Pro Swim Series meets.

We’ve got the top 5 in each gender here, with the full listings at the bottom of this page.