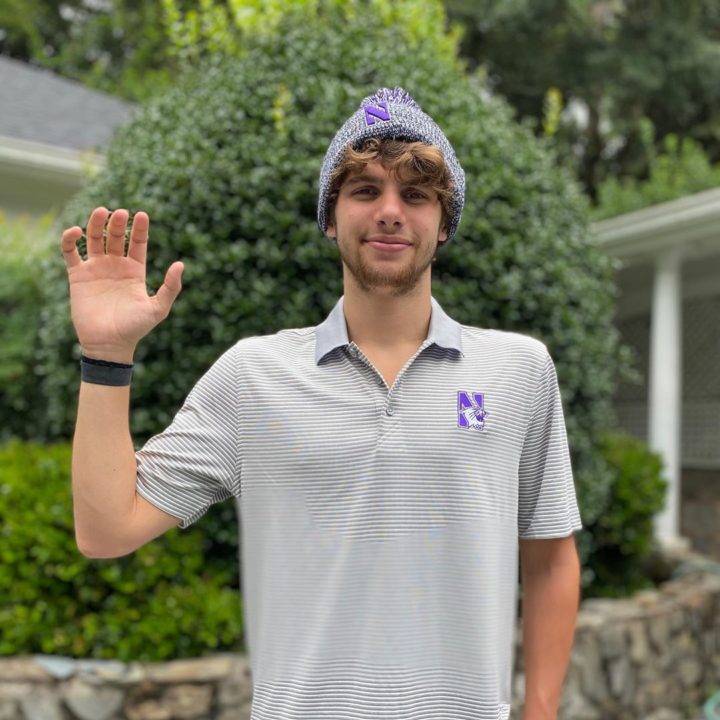 LaMastra's new time not only puts him far under the Wave II standard, it makes him the 4th-fastest American in the event this year. Current photo via Connor LaMastra

FMC Aquatics is hosting an LCM prelim/final format meet ahead of the rapidly approaching U.S. Olympic Trials. Several swimmers made the most out of their final opportunity to pick up, or pick up more Olympic Trials cuts.

One such swimmer was Northwestern’s Connor LaMastra, who won the men’s 200 fly, tearing to a huge new lifetime best. LaMastra pulled away from the field early, posting a 55.54 on the first 100, then brought it home to finish in a final time of 1:57.49. The swim was incredibly significant for LaMastra, marking his first best time in the event since the summer of 2018. His previous best sat at 1:59.56, which was just a hair under the Olympic Trials Wave II cut, but was outside of the qualifying period. No matter, because LaMastra’s new time not only puts him far under the Wave II standard, it makes him the 4th-fastest American in the event this year. LaMastra has a busy schedule set for the rest of the meet, as he’s entered in the 50 free, 200 free, 400 free, 1500 free, and 100 fly.

NASA Wildcats 17-year-old Carly Novelline added another Trials cut to her resume this evening, taking the women’s 100 back with a 1:02.27. The swim marked a best time by half a second, taking Novelline under the Wave I standard of 1:02.69. Novelline has already earned Wave II cuts in the 50 and 100 freestyles, and will be attempting to add the 100 fly, 200 free, 200 back, and 200 IM to her Trials schedule as this meet continues. Academy Bullets 18-year-old Jessica Geriane finished 2nd in 1:02.75, which was narrowly off the Wave I cut, but was a lifetime best.

Max Grodecki, a 27-year-old competing for New Trier Aquatics, won the men’s 100 backstroke in 56.35. The swim was just slightly off his personal best of 56.19, which was swum at the 2013 U.S. Nationals meet, when Grodecki was 19. His race tonight was, however, his fastest time in the event since 2013, and the closest Grodecki has come to one of his LCM lifetime bests since returning to racing. It also gave Grodecki a Wave I cut in the event. Grodecki also came in 3rd in the men’s 100 free, swimming a 50.95. He has a lifetime best of 49.9a in the event, which he swam in 2013 as well.

Connor Boyle, an FMC 18-year-old, swam to victory in the men’s 100 free. Entering the meet with a personal best of 50.60, Boyle ripped a lifetime best of 50.32 in prelims, before winning the race in 50.68 in finals. His prelims swim was just under the Wave I standard of 50.49, and marked an improvement of 0.28 seconds. Princeton swimmer Max Walther, 21, came in 2nd in the 100 free, swimming a lifetime best of 50.81. The swim marked Walther’s first time under 51 seconds in the event.

Lola Mull, a Northwestern swimmer, won the women’s 800 free decisively, posting an 8:48.66. Mull has a personal best of 8:43.61, which she swum at the 2018 Jr Pan Pacs. 8:43.61 is under the Wave II standard, but unfortunately, it was swum outside of the qualifying period. Mull’s swim tonight was her fastest since her lifetime best performance. Princeton’s John Ehling, who is competing for FMC, roared to a massive lifetime best en route to winning the men’s 800 free. Ehling clocked an 8:16.67, marking a 23.69-second improvement from his previous best.

Ok, he had me at the size of his hands!

KID IS AN ABSOLUTE BEAST. Between Miller, Burdisso, and LaMastra, NU has a standout 200 fly group.

A beast of an athlete coming in as an underdog. Someone to watch at Olympic trials. Hope Dartmouth is reading this knowing what they are missing.

“Yaboi” has been real quiet since this monster swim