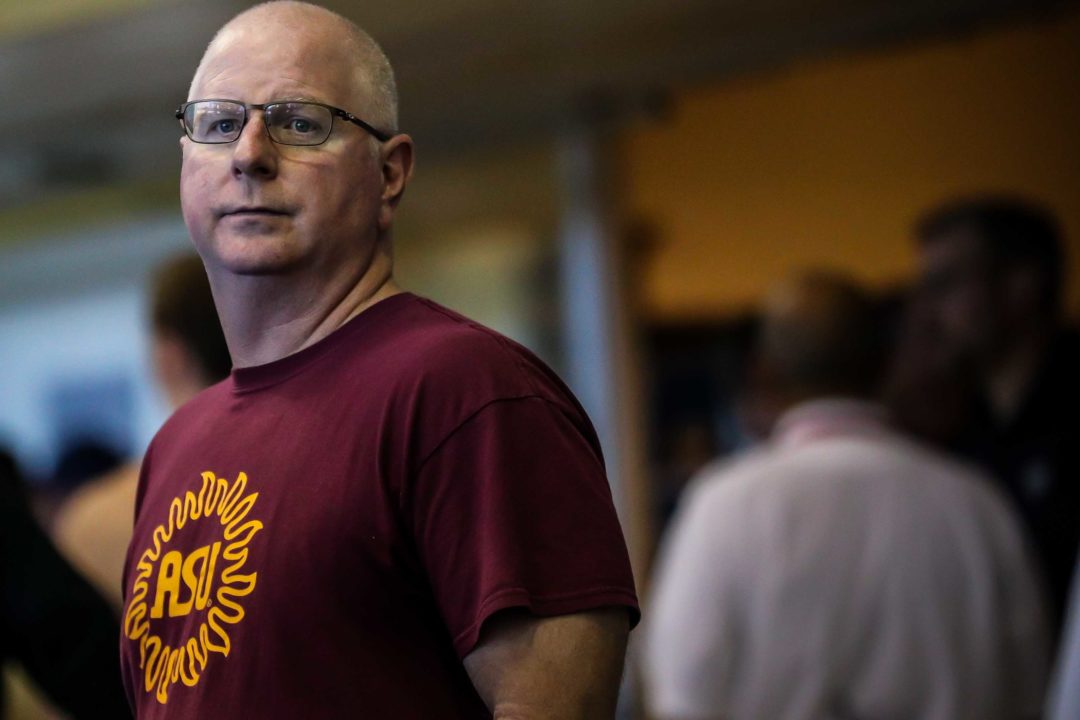 The 2022 World Championships were a phenomenal one for Arizona State University, as rising sophomore Leon Marchand had a breakthrough performance on the international stage with two gold medals and one silver in Budapest.

Marchand, who joined forces with ASU coach Bob Bowman last year, produced the second-fastest 400 IM in history en route to the world title, clocking 4:04.28. The only swim faster? The 4:03.84 done by Bowman’s former pupil, Michael Phelps, back in 2008.

In that same race, Chase Kalisz, who has trained under Bowman at various points in his career (but is based out of the University of Georgia), won bronze in 4:07.47.

But Marchand wasn’t the only swimmer out of Bowman’s staple at ASU that performed well last week.

Ryan Held, an American sprinter who joined Sun Devil Swimming after getting bumped from the Olympic team last summer, primarily trains under ASU associate Herbie Behm, but nonetheless had an excellent showing in Budapest with one gold, one silver and one bronze medal in relays.

Another sprinter, Carter Swift, broke New Zealand’s national record in the men’s 100 free in his Worlds debut, tying for 21st in 48.79.

What a crew 😈🔱❤️ pic.twitter.com/pxPQfiRr9Z

It’s been a resurgent last few years at Arizona State, not only with the college team, but in the development of the pro group spearheaded by Flickingr and Held.

And with Bowman at the helm, the sky is the limit.

Fan of Bob.. but not fan of him coaching with another country? Anyone else?

Marchand is a collegiate athlete at ASU lol

Yea tbh I wish he could coach Carson as he’s the up-and-coming future of American IM….Maybe make his 4 IM as fast as Marchands. It’s great he’s coaching Marchand but a little strange that he will inevitably be contributing to golds for another country in 2024. Go Marchand, though insane worlds performance.

A rising tide raises all boats. What did Bowman do after Michael got beat in the 200 free in 2004? He went to Australia to put Michael in Grant Hackett’s training group for a summer. Michael joining Dennis Cottrell’s pro group on the Gold Coast for those months is, largely, why Phelps went 1:43 (and then 1:42) in the 200 free, and a big part of him flirting with the 100 freestyle WR on the relay against France. Without Aussie coaching, I don’t think America would have someone who won 8 golds.

This sport is very nationalistic when the big meets come around. But every other week of the year, the best coaches just want to see swimming get… Read more »

I wouldn’t want anyone to put that kind of restriction on my own coaching career so no, not with you.

It’s kinda funny to say that the coach of the greatest swimmer of all time is underrated, but probably true. One thing for sure is, if you want to be a 400 IMer, Bob is your man.

Allison Schmidt is a Bob Bowman product too. Might even still hold the American record in the 2free.

For me who likes distance swimming Fabrizio Antonelli had a really great meet (with one more medal than Bowman) and 13 top five positions:

Who did I forget?

Read the first sentence. “Competitor Coach of the Month is a recurring SwimSwam feature shedding light on a U.S.-based coach who has risen above the competition”

I did not oppose to that. Thought it was worth looking outside of the US bubble. I am sorry if you disagree.

In keeping with both the subject of the article and this pool/Open discussion, there was another former ASU/Bowman athlete who did well at the Fina World Championships, including a medal.

Anna Olasz was part of the Hungarian Silver medal winning Mixed 4 x 1500 relay. Individually, she was 6th in the 10K Open Water event, after having finished 4th in the Tokyo Olympic Open Water event, just 2.3 seconds off the podium.

Bowman became the ASU coach in 2015; Olasz was already there but continued under Bowman until graduating in 2017. Whether she continued to train in Tempe for some period thereafter I don’t know.

Agreed. Why not. Among the names putting in competitive performances in both the pool and the Open Water Course were Paltrinieri, Wellbroeck, Romanchuk and Katie Grimes. This level of athlete competing in both validates each.

Exactly. I can come up with several:

• It is a great overlap of swimmers 1500 to OW. Kate Ledecky is one of few not doubling.

• Refining distance swimmers takes as much work and know how as refining sprinters.