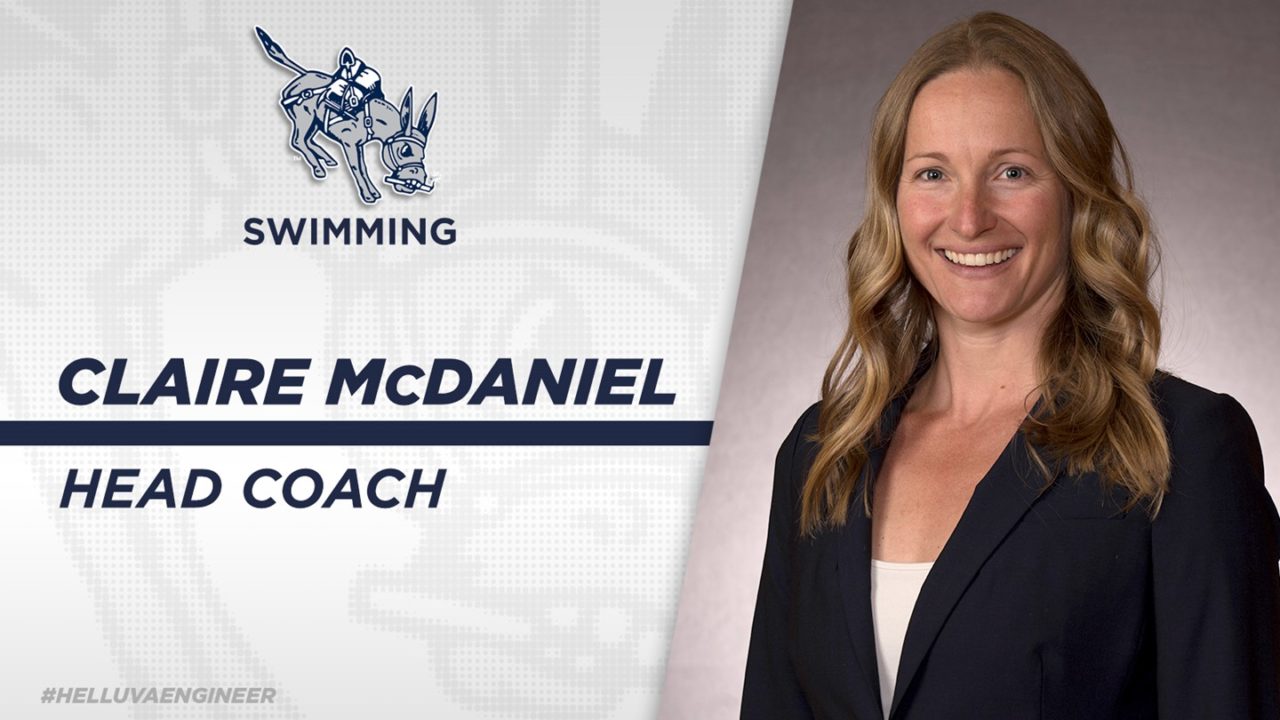 “We are excited to welcome Claire McDaniel to the Mines Athletics family,” Hansburg said. “Her myriad experiences and proven leadership as a student-athlete, swimming coach, and sports nutritionist will have an immediate positive impact on the Oredigger swimming program and our entire department.”

“I would like to thank David Hansburg and the administration at Colorado School of Mines for providing the opportunity to become head coach of such a strong athletic program at an esteemed academic institution,” McDaniel said. “I am very excited to lead the men’s and women’s swimming teams to new levels while embracing the institution’s strong traditions and history to create a truly signature student experience. It is an honor to help this program and the student-athletes reach and exceed their full potential in and out of the pool!”

McDaniel brings a diversity of experience in the swimming and nutrition fields to Mines, including coaching stops at Denver, UNC-Asheville, and the Swiss National Team and sports nutrition positions at Missouri and Stanford. Most recently at DU, she coordinated recruiting for the women’s program, handled travel logistics and equipment, and was the head distance coach for the program. McDaniel held a similar role at UNC-Asheville in 2013-14, and also spent two years as an assistant coach in Switzerland where she assisted coaching swimmers on the national junior team.

McDaniel has extensive experience and education in sports nutrition, holding a bachelor’s degree in dietetics and a master’s in foods and nutrition & exercise physiology, both from the University of Georgia. At Missouri, she was the assistant athletic director of performance nutrition in 2017 where she worked with all 20 Tiger teams. At Stanford, she was a sports nutrition consultant from 2012-13 working closely with women’s gymnastics.

As a swimmer, the former Claire Maust was a standout at Georgia, winning the 2006 NCAA Division I 800-freestyle relay title. She was a part of UGA’s 2005 NCAA and 2006 SEC team championships, and captured the 2007 SEC crown in the 500-freestyle. A five-time all-American and four-time Scholar All-American, McDaniel was a finalist for the 2007 NCAA Woman of the Year award and a recipient of the NCAA and SEC Community Service post-graduate scholarships. She was elected co-captain of Team USA for the 2007 World University Games where she placed fourth in the 400-free in guiding the Americans to the team win.