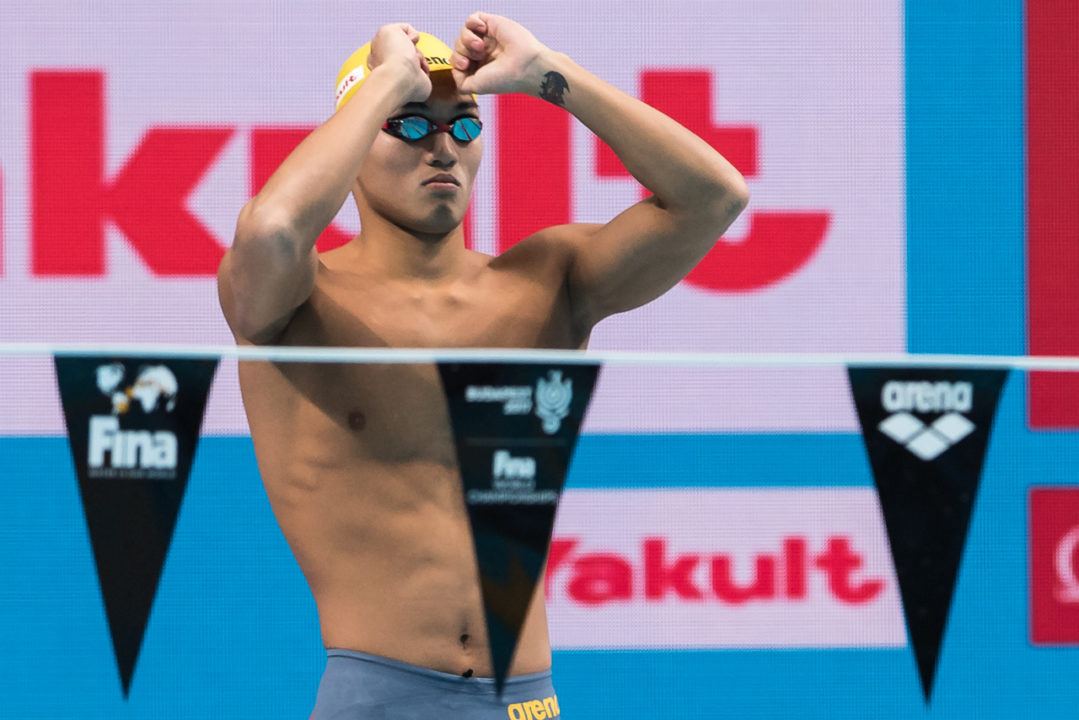 The reigning mixed medley world record holders were in the water to close out the Chinese national team meet in Zhaoqing. Archive photo via Mike Lewis/Ola Vista Photography

The second of two national team meets in China wrapped up tonight after we’ve already seen some tremendous performances from the likes of Zhang Yufei, Yang Junxuan and more.

Tonight, four of the fastest Chinese swimmers teamed up for a speedy mixed medley relay outing, as the aforementioned were joined by backstroker Xu Jiayu and breaststroker Yan Zibei. This same squad owns the Chinese national record, as well as the reigning World Record in this mixed medley relay, with their massive 3:38.41 registered in October of 2020.

Additional big swims came in the form of Ge Chutong posted 4:37.84 in the women’s 400m IM to represent the only racer under 4:40. This outing now checks Ge in among the world’s best this season in slot #6, sitting just outside American Melanie Margalis’ 4:37.81 from this past weekend.