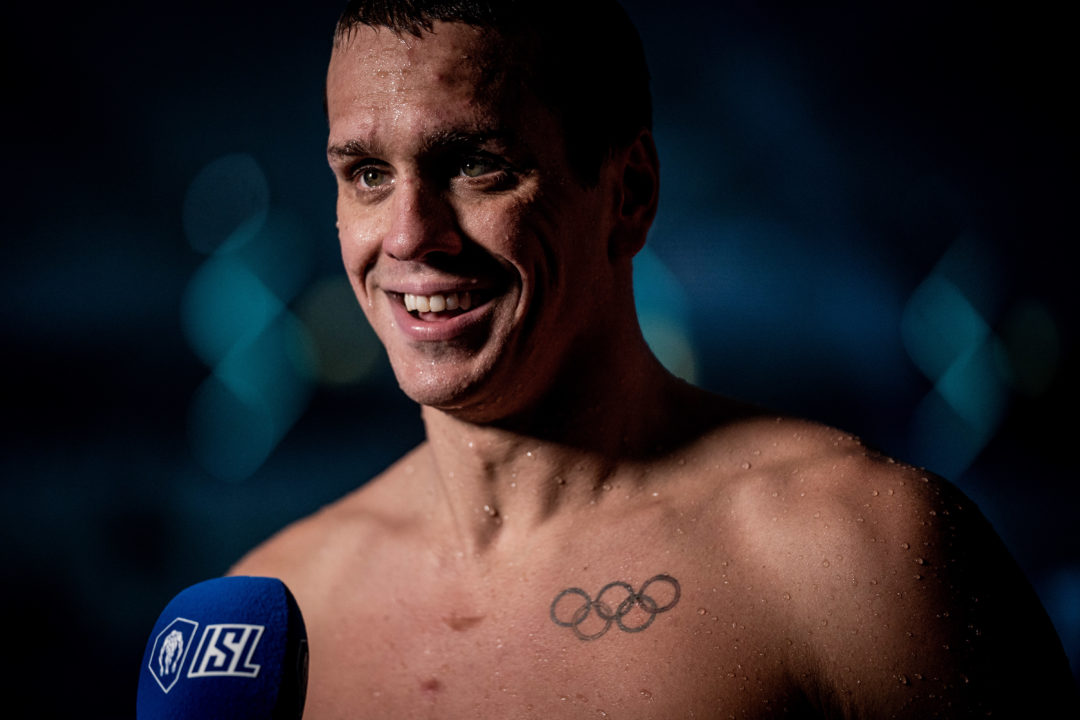 Veteran Tom Shields held off Andrew by roughly three-tenths to win at 52.25 with Andrew in second at 52.53. This continues Shields' success this season Current photo via Courtesy of Mine Kasapoglu

Out in a quick 24.08 was versatile Michael Andrew to take the early lead in the men’s 100 fly A-final. However, veteran Tom Shields began inching on Andrew during the closing 25 meters. At the wall, it was Shields who held off Andrew by roughly three-tenths to win at 52.25 with Andrew in second at 52.53.

A few minutes earlier in the B-final, Cal’s Andrew Seliskar dominated the heat in a 52.39, which overtakes Andrew as the 2nd-fastest time in the event.

Shields now boosts from 10th to 3rd in the nation this season, only behind Shaine Casas (51.91) and Coleman Stewart (52.19). Seliskar now moves up to 4th in the nation, followed by Andrew in 5th.

Placing third in the event was Maxime Rooney at 52.71, now 7th in the nation this season.

Tom is a man on a mission. He’s gonna throw down big time in Tokyo.

He’s great, always brutally honest about everything he thinks.

I don’t know why, but I read ‘Vegetarian Tom Shields’ instead of Veteran

Love this guy. I really hope he makes the team!

Shields like the Phoenix.. He’s more alive than ever..

Really glad to see he is in a good place