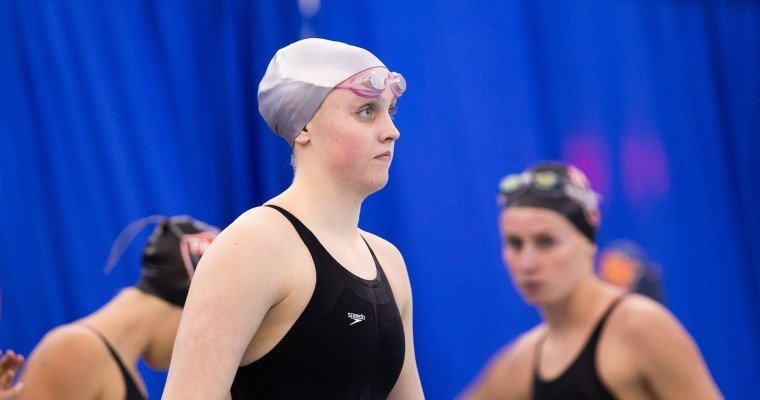 The team of Veronica Burchill, Rachel Hayden, Claire Adams, and Amy Bilquist, and  combined for a 1:42.29. That betters the 1:44.37 done by SwimMAC Carolina in 2013 – that’s a SwimMAC relay that included Faith Johnson, fresh off of an SEC title in the 50 free as a freshman at Tennessee. So good was this Carmel relay, that it broke the record by roughly half-a-second per swimmer. The team was nearly the same as the one that broke the high school record, except that Hayden replaced Hanna House.

Exact splits weren’t working on Meet Mobile, but per their coach Chris Plumb, the times were:

As compared to the old record splits of:

Adams/Bilquist had been on my radar. But Veronica Burchill had an outstanding lead-off (assuming the hand-timed split is right). And she’s only a rising junior in HS!
This Carmel team has got it going on…

It’s too bad the splits werent available but to have 4 girls all under 26 is impressive.