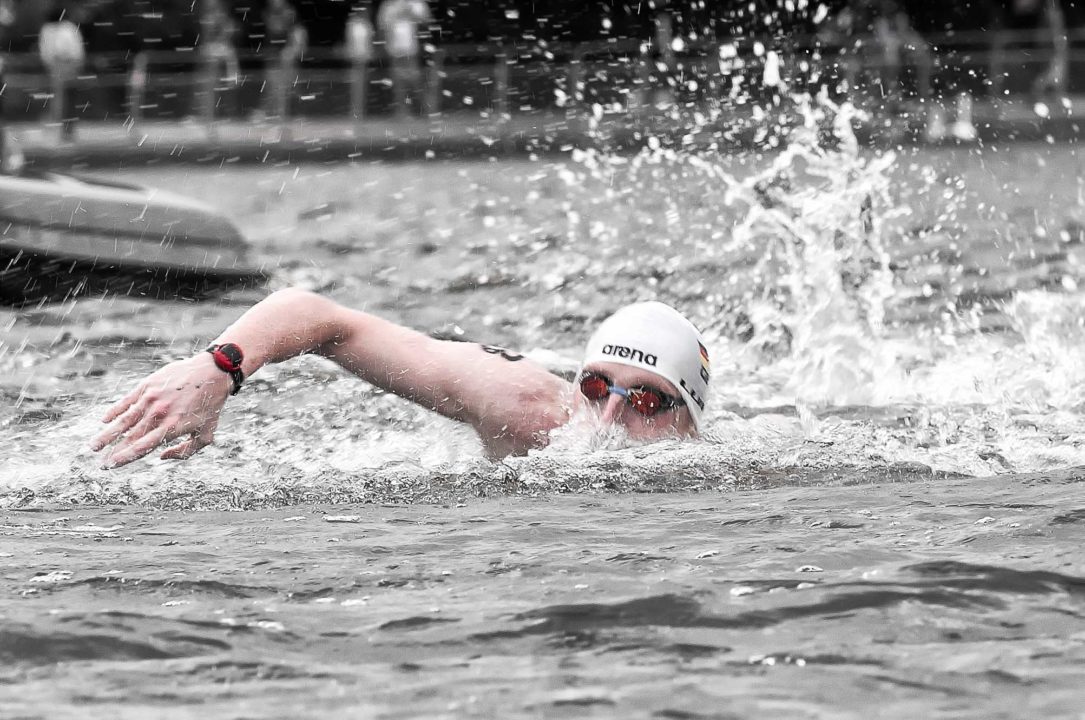 It was known earlier that Italian Martina Grimaldi won yesterday’s open water swimming 10k title at the 2nd stop on the FINA world cup circuit.  What wasn’t known was the men’s results.  There was a protest on the men’s side but know it’s official, Germany’s Thomas Lurz took the win yesterday in a time of 1:56:44 over Italy’s Simon Ruffin 1:56:45.   Ten seconds separated the top 12 swimmers in what was a very closely contested race.  USA’s Joey Pedraza was the top American finisher in 8th place.  Fellow American Chip Peterson was also in the hunt with an 11th place finish.