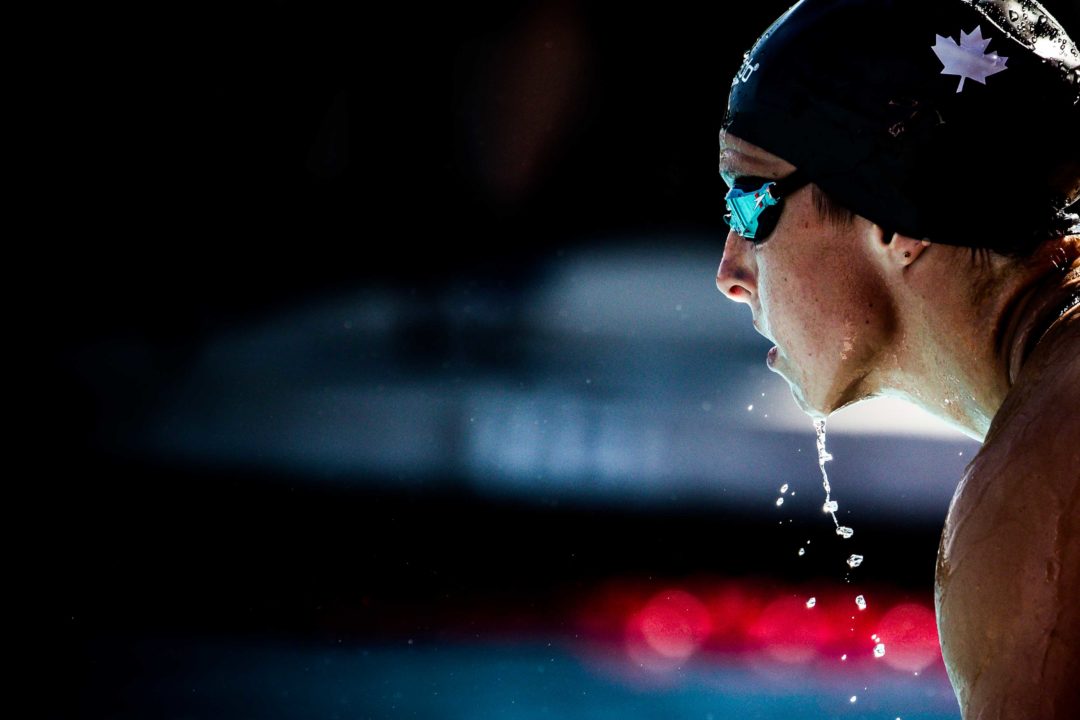 Canadian Olympian Sydney Pickrem has announced via Instagram that she has joined Team Speedo. This is Pickrem’s first major suit deal; she went pro in 2019, having competed in the NCAA for Texas A&M from 2015-2019.

Pickrem’s first international medals came from the 2015 Pan American Games in front of a home crowd. Pickrem won a silver and bronze in the 200 and 400 IM, respectively. The following year, Pickrem swam the same two events as she represented Canada at the Rio Olympics, finishing sixth in the 200 and 12th in the 400.

Pickrem bounced back after missing the podium in Rio by claiming bronze in the 400 IM at 2017 Worlds. She would follow this performance with a 200 IM silver the next year at 2018 Pan Pacs. She didn’t medal in the 200 IM at the World Championships, though she was the 3rd seed heading into finals. She exited the pool mid-race, later saying that she had choked on water and couldn’t breathe.

With a couple international medals under belt already, Pickrem was ready to race at the 2019 World Championships in Gwangju, South Korea. Pickrem became the first ever woman from Canada to win 3 medals at a single Worlds, picking up bronze in the 200 IM, 200 breast, and the 4×100 medley relay. Pickrem finished just off the podium in the 400 IM, placing 4th behind Katinka Hosszu, Ye Shiwen and Yui Ohashi.

Aside from representing Canada internationally, Pickrem had a successful run representing Texas A&M in the NCAA for four seasons. Appearing at four straight NCAA Championships, Pickrem helped the team to a fourth place finish in 2016 and third place finishes in both 2017 and 2018.

In her first season as a pro, Pickrem raced for the London Roar in the inaugural season of the International Swimming League. Swimming in all four of London’s meets throughout the season, Pickrem helped the team to a second place finish in the ISL finale in Las Vegas where they narrowly lost to Energy Standard. Pickrem has a very strong performance in Vegas, swimming the 400 IM (2nd), 200 breast (4th), 100 breast (4th), and 200 IM (1st). She tied Kayla Sanchez and Minna Atherton for 15th place in overall points at the meet with 52 points.

Pickrem will join fellow Canadian Olympians Markus Thormeyer, Kylie Masse, Emily Overholt as an ambassador for the Speedo brand heading into this Olympic year. Pickrem currently holds both the long course and short course Canadian records in the 200 IM and will be a favourite to qualify for Tokyo at this Canada’s Olympic trials coming up in April.

How much mullah she getting?