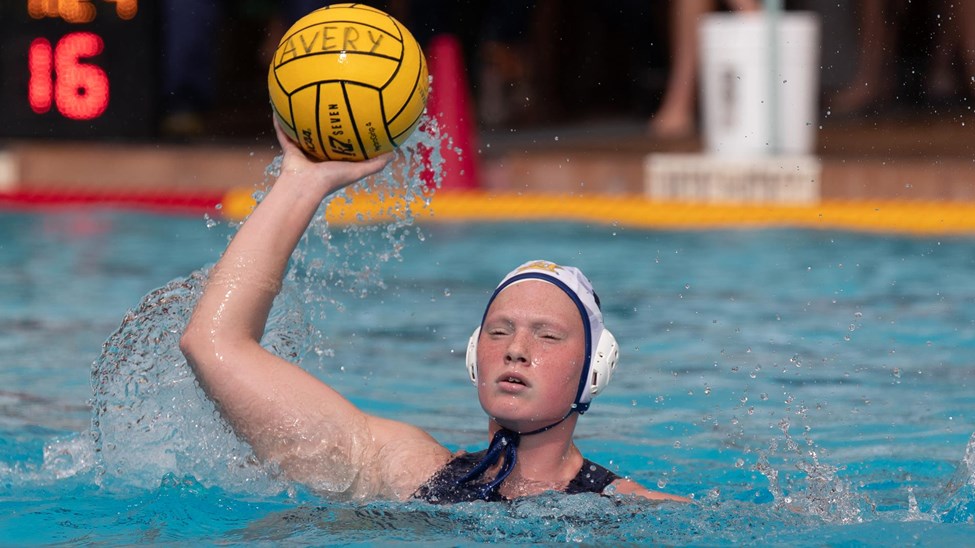 Senior All-American Brigit Mulder forced overtime with a game-tying goal with five seconds remaining in regulation, and the No. 8 Cal women’s water polo team held No. 11 Fresno State without a goal for the final 14 minutes as the Golden Bears registered a come-from-behind 11-9 victory on Saturday at the Fresno State Aquatics Center.
Cal also defeated Fresno Pacific 22-3.The Bears (3-0) trailed the Bulldogs 9-6 heading into the fourth quarter but Fresno State didn’t score again. After sophomore Shea Salvino cut it to 9-7 less than a minute into the period, Mulder trimmed the deficit to 9-8 with 5:56 to play. Still down by a goal, Cal called timeout with 31 seconds left, and Mulder rocketed a shot into the cage with five seconds remaining.

A pair of freshmen teamed up to put the Bears in front. Maryn Dempsey, who notched a hat trick in her first career game last week, gave Cal the lead for good with a goal with 1:03 left in the first extra period. Mallory Reynoso fired a shot into the goal with 46 seconds left in the second overtime to put the game out of reach.

The Bears had to erase three three-goal deficits. They fell behind 3-0 and 4-1 before tying the game at 5-5 halftime. The Bulldogs scored four of the first five goals of the second half before Cal turned it around.

Mulder finished with three goals while Salvino and Reynoso had two.

The Bears scored early and often against Fresno Pacific, staking a 6-1 lead at the end of the first quarter and cruising in command the rest of the way. The 22 goals were Cal’s biggest scoring output since a 22-5 victory over Cal State Monterey Bay in its season-opener in 2016.