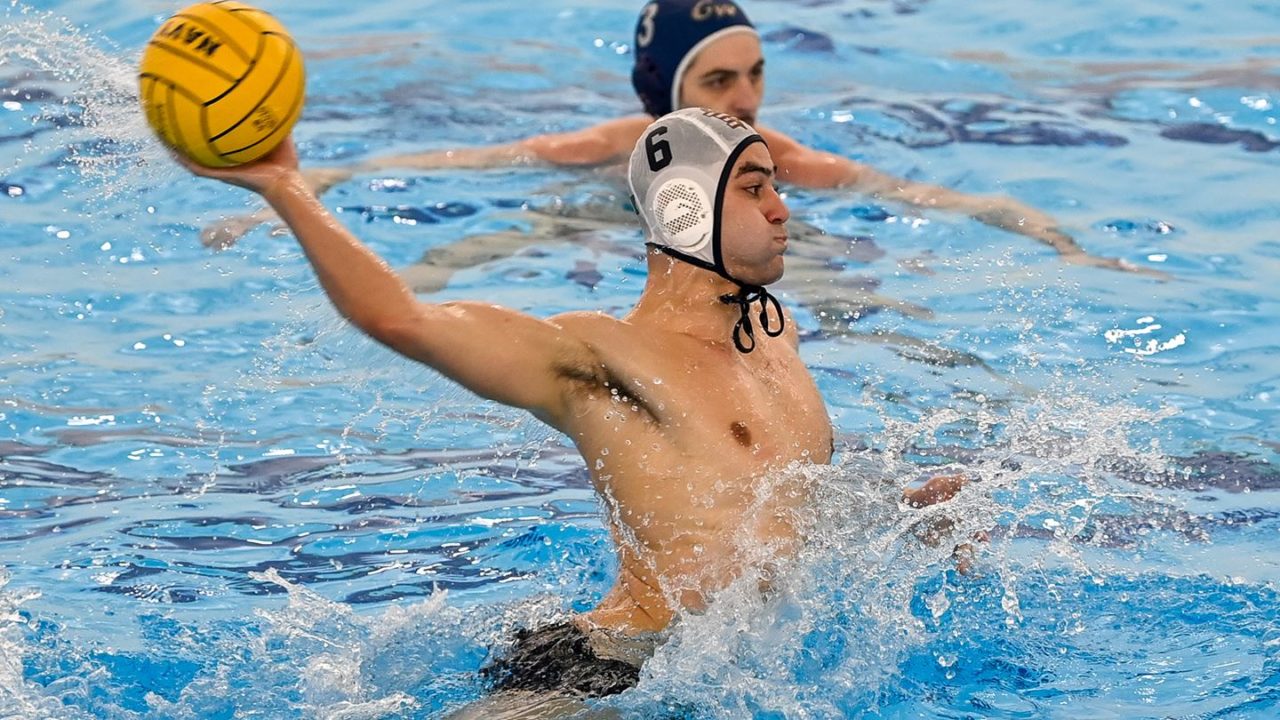 The Bison edged the Mids, 12-11, in overtime in game one, but Navy rebounded in a big way in game two, posting a 15-5 victory over Bucknell. Current photo via Navy Sports

ANNAPOLIS, Md. – The #9 Navy water polo team (2-1) split a doubleheader against #10 Bucknell (1-1) on Saturday afternoon at Scott Natatorium in Annapolis. The Bison edged the Mids, 12-11, in overtime in game one, but Navy rebounded in a big way in game two, posting a 15-5 victory over Bucknell.

“The guys played well today,” head coach Luis Nicolao said. “In the first game, we battled hard, but came up just short. I was proud of the team and their effort. In the second game, we started a little slow, but found our groove in the second quarter and never looked back. It was a big win for our guys, and I couldn’t be prouder.”

Game 1 Recap: Bucknell 12, Navy 11 (overtime)
Salinas scored eight of the team’s 11 goals, including seven goals in the second half and overtime. The junior fell one goal shy of tying the school record for goals scored in a game – a record he tied last season.

Bucknell netted the only goal of the first quarter and took a 2-0 lead early in the second quarter before Comstock slipped one past the goalie to put Navy on the scoreboard. The Bison pushed the advantage to 5-1 before Salinas scored his first goal of the game to send the game into halftime with Navy trailing 5-2.

In the second half, Bucknell opened the scoring with a goal, but Salinas answered with his second goal of the game. Following a Bison goal, Shashin found the back of the net to trim the margin. Bucknell scored again, but Navy closed out the third quarter with goals by Shashin and Nathan Duchez (San Jose, Calif.) to close the gap to 8-6. Salinas scored the first goal of the fourth quarter to cut Bucknell’s lead to one, but a Bison goal extended their advantage back to two. Salinas responded with back-to-back goals. Bucknell regained the lead, but Salinas scored to knot the game at 10 and send the game into overtime.

In the extra period, Salinas gave Navy the lead for the first time in the game with his eight goal of the afternoon. Bucknell’s Jared Stanley scored the next two goals of the game, giving the Bison a 12-11 victory.

Two minutes into the second game, Jacobs scored a goal to put Navy in front. In the second quarter, Bucknell scored back-to-back goals to take a 2-1 lead. From there, the Midshipmen took control scoring the next seven goals. Clark tied the game at two and Berzins gave the home team the lead. Altmayer and Lindner followed with back-to-back goals each to push the advantage to five goals. Comstock closed the half with a goal to put Navy in front 8-2 at intermission.

In the second half, Navy outscored Bucknell 7-3 to post a 15-5 victory. Comstock and Jacobs opened up the scoring in the third quarter to give the Mids double digits. Following a Bison goal, Pang and Berzins each found the back of the net to give Navy a 12-3 advantage through three quarters. In the fourth quarter, the Midshipmen outscored the Bison 3-2. Yelensky, Bobby Wall (San Mateo, Calif.), and Jordan Corpuz (Glendale, Calif.) each scored goals to give Navy a 15-5 victory.