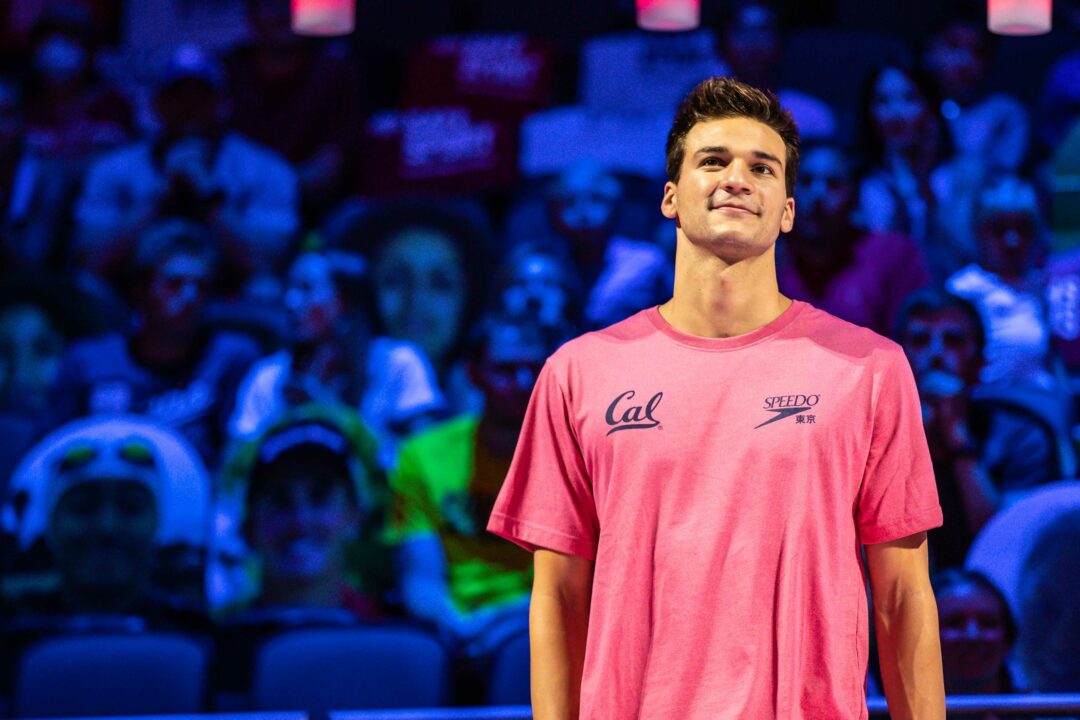 The Cal Invitational began on Saturday, January 15th 2022 at Spiker Aquatic Complex, home of Cal. The meet is split up into two sessions a day. The women began at noon EST on Saturday and then men began at 5:30 pm EST. Day 2 will have the men beginning at noon EST and the women at 5:30 pm EST. Almost all of the teams in attendance are from the Pacific Coast USA Swimming LSC.

The meet was hosted on the Cal campus, but was a USA Swimming meet with a mixture of collegiate and junior-aged club athletes.

Class of 2023 Auburn commit Zoey Zeller (South Valley Makos-MAKO) swam to the win in the 200 breaststroke in a time of 2:19.95. She won the event by a little over a second and a half as second place finisher Eunice Lee (Santa Clara Swim Club-SCSC)swam a time of 2:21.61.

14-year-old Kelsey Zhang of Palo Alto Stanford Aquatics (PASA) swam to the victory in the 500 freestyle in a time of 4:57.10. She was the only swimmer to break the five-minute mark. Second place finisher was 13-year-old Maren Byrne swimming to a time of 5:10.40.

The California men were in attendance at the men’s portion of day 1. A member of the Cal men’s roster won first-place in every event. The men were listed as “unattached.”

Tokyo 2020 US Olympian Bryce Mefford raced in the 100 backstroke winning in a time of 48.68. Mefford graduated from Cal this past spring. Bryce isn’t currently on the roster for Cal, but swam a 50 backstroke against Virginia earlier in the season. A spokesperson for Cal has previously said in November 2021 that Bryce is training with the team but that ​​“his race schedule hasn’t been determined as of yet.” His younger brother, Colby Mefford, is currently a junior on the roster.

Sophomore Destin Lasco swam to a winning time of 2:00.35 in the 200 breaststroke. He was followed closely behind by Quicksilver Swimming’s Anthony Sebastian who swam a time of 2:01.25.

Graduate transfer from the University of Michigan, Will Roberts closed out the night for Cal winning the 500 freestyle by over 10 seconds in a time of 4:26.77.

Nice swim by Daniel Carr to beat out 16yo Matthew Elliott (20.47) a recent Juniors A finalist who swims for QSS Santa Cruz.

Matthew is that you!? – Evan