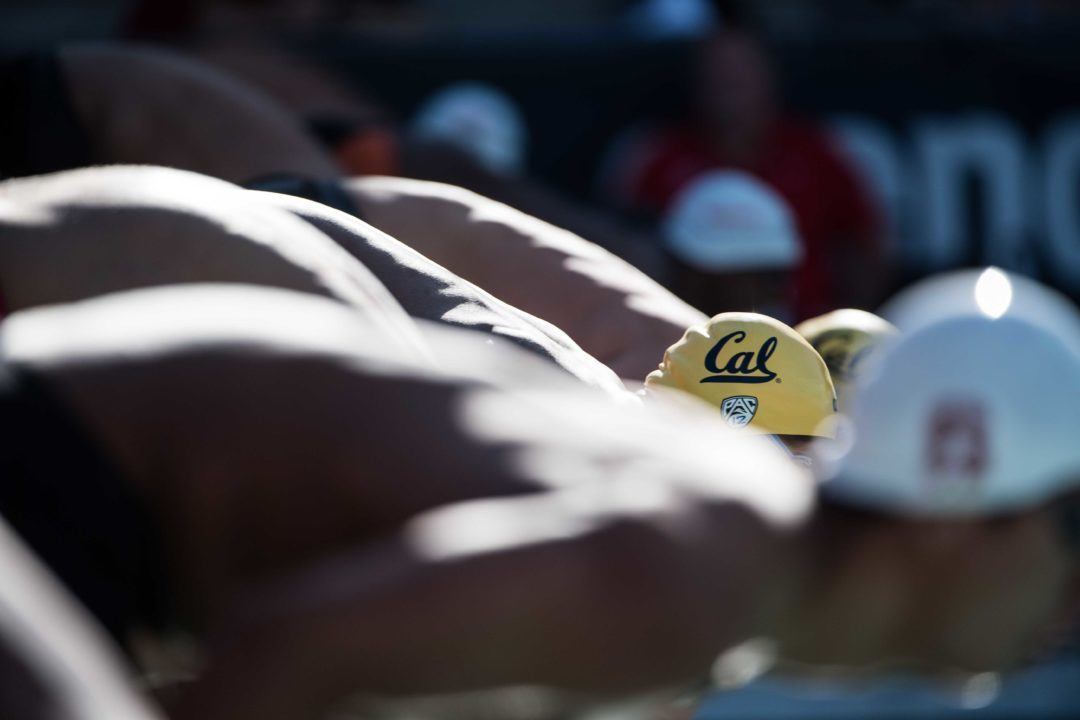 Burns was an NCAA qualifier for the Bears last season, and held the fastest time of anyone on the team with his 4:16.47 in the 500 yard freestyle. Stock photo via Mike Lewis/Ola Vista Photography

Following his junior season in 2015-16, distance swimmer Janardan Burns is missing from the California roster in what would be his senior season. Burns was an NCAA qualifier for the Bears last season, and held the fastest time of anyone on the team with his 4:16.47 in the 500 yard freestyle.

Notably, this summer, Burns was absent from the 2016 U.S. Olympic Trials in Omaha.

Burns was formerly a member of the USA Swimming National Team, having qualified in the 1500 meter free and the 10k Open Water. He most recently competed for the USA at the 2015 World University Games, where he broke 8:00 for the first time in the 800 meter freestyle, clocking a 7:59.06 in prelims on the way to a 4th place finish in the final.

SwimSwam has reached out to Head Coach Dave Durden, but a request for comment has gone unanswered.

So are Gwo and Vergani

Reid- I haven’t been able to confirm why Gwo and Vergani aren’t on the roster. There’s the possibility that they could be redshirting, or possibly just haven’t been added to the website yet.

Think I heard it somewhere that hes focusing on school

He was never the same after Harambe