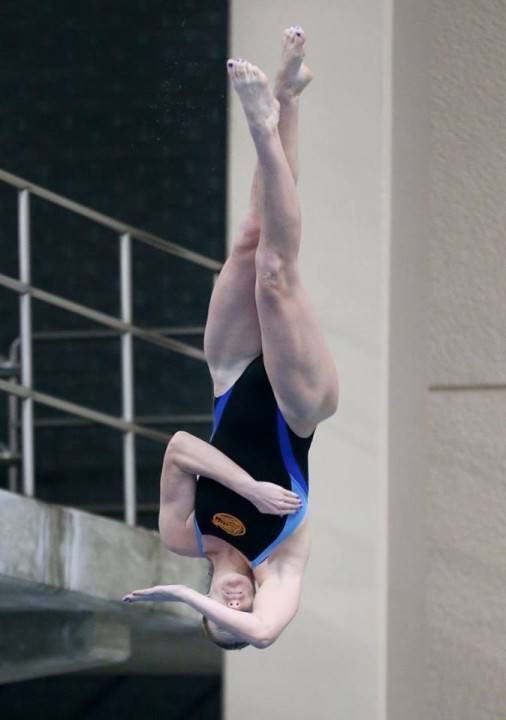 At the 2020 PCSC Championships, where Pepperdine finished runner-up, Mashkovich would’ve scored in B-finals of both the 50 free and 100 free.

During the 2019-20 season, Lin would’ve been the top 200 breaststroker on the Caltech roster by over five seconds.

Evangulov took charge in Britain in 2008 and has guided the sport to Olympic medals at the last two Games.

However, it was the Rio 2016 Games that was the crowning glory on what has been a golden era for the sport.

Rio saw Britain’s divers secure a second place on the medal table after winning three medals, including gold in the 3m Synchro – a moment that will live long in the memories.

Jack Laugher and Chris Mears entered the Maria Lenk Aquatic Centre on 10 August and saw the green diving pool and inclement weather conditions but knew they had the potential to create history.

“We walked into the venue and were surprised to see the green pool,” Evangulov said. “However, our team had worked really hard to ensure the athletes weren’t distracted by any environmental factor and just focused on their diving.

“Jack and Chris were great that day. I could tell that they could get a medal and halfway through I knew something special was going to happen.

“I was so proud of the boys and coaches Ady and Edwin that day. They showed they are true champions by keeping their eyes on the job at hand and not losing focus on things happening around them.”

There were three medals in total for the team including bronze for Tom Daley and Daniel Goodfellow and a silver for Laugher in the 3m Springboard.

“The Olympics were fantastic,” Evangulov said. “To start with a medal for Tom and Dan set up us perfectly for the rest of the competition. For a new pair to get on the podium in under a year was impressive.

“Jack was great in the 3m. He fought back from a shaky start to get back onto the podium. I couldn’t have asked for anymore. I really have to pay respect to the whole team. We came together for the biggest competition of the cycle and showed that we are strong.”

All this success came after being crowned the best team in Europe after receiving the trophy at the home European Championships in London in May.

“This year wasn’t just about the Olympics for us as we hosted a home European Championships,” Evangulov said. “Our team were outstanding. They dived so well with the pressure of a home crowd.

“To win the overall team trophy made me really proud. I saw some of our juniors really stepping up against the strength of the European nations.”

Not to be out done by their senior counterparts however the junior divers took to the World Junior Diving Championships and showed that the next generation are also carving out a name for themselves.

In Kazan, the young divers won five medals including two golds and Evangulov was a witness to the skill of the next generation

“The World Junior Championships was excellent and it is exciting to see the next generation of divers coming through,” Evangulov said. “Katherine Torrance performed well to win gold and bronze individually. But to also see Lois [Toulson] back to strength after her Olympic break and Matthew [Dixon] on the podium in his first year in his age group shows that the pathway is working.

“Our Talent and Development Manager Julian Bellan is doing a great job with the junior divers and we are really beginning to see the talent pool grow and flourish.

“Our next focus is the World Championships in Budapest next summer. The year after an Olympics is a good year to build foundations for the new cycle and we will look to have a strong team back on the boards ready to prepare for the Tokyo 2020 quadrennial.”