Breeja Larson sneaks under her own American and NCAA records in 100 breast with late surge to 57.23 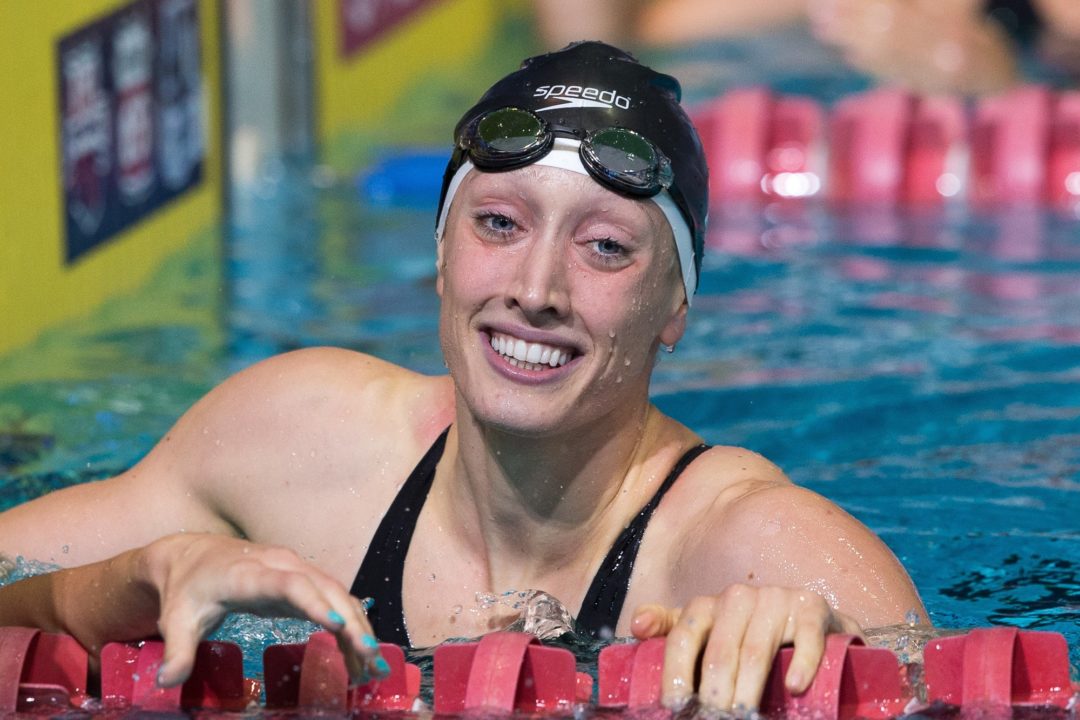 Breeja Larson broke her own NCAA, American, U.S. Open and meet records in the 100 breast with a 57.23 in winning another NCAA title in the event. Archive photo via Tim Binning/TheSwimPictures.com

Minneapolis is cold, but the NCAA Championships at the University of Minnesota Aquatic Center are starting to heat up. A second-straight NCAA record has fallen, this time in the 100 breaststroke. Texas A&M’s Breeja Larson went 57.23 to get under her own NCAA, American and U.S. Open record and win the NCAA Championship in her senior year.

Larson is typically so dangerous in the back half, and so when she hit the wall first at the 100 mark, the crowd seemed to know something big was coming. She went out in 27.03, and though she didn’t look obviously in the lead early (the field was incredibly bunched up early), she somehow got her hand on the wall first at the 50 turn. Then she blazed home with the field’s fastest back-half, suddenly jumping out from the pack just before the 75 wall and powering away from there.