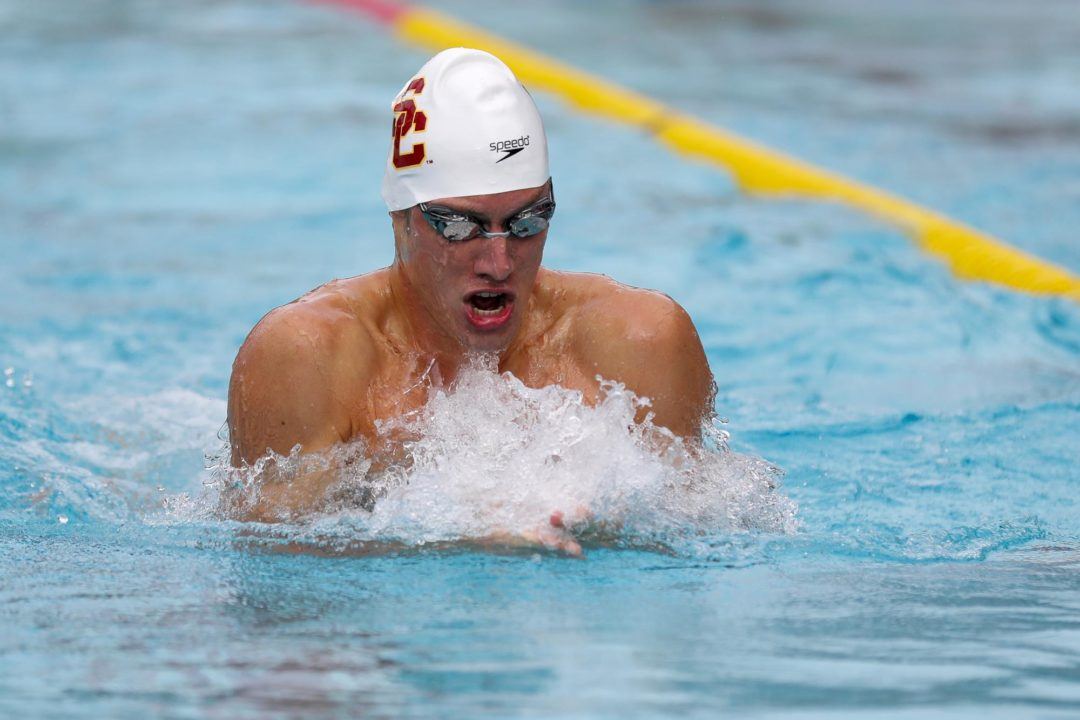 Koenigsperger sat out last season to prepare for a potential Olympic bid for his native New Zealand. With the Tokyo Olympics postponed from 2020 to 2021, Koenigsperger will return to college competition for his senior season, and will swim for USC’s brand-new coaching staff. The Trojans just hired Jeremy Kipp away from Northwestern to take over for Dave Salo, who stepped away to focus on training his professional group.

That’s a big return for USC, which was hurting badly in the breaststrokes last year. Koenigsperger was an NCAA scorer as a junior and would have easily been USC’s top breaststroker last season.

He’ll rejoin the roster along with a Trojan freshman class that we ranked #10 in the nation for incoming recruiting classes. That includes one of the top American high school breaststrokers, Ben Dillard (52.7/1:54.7). Kipp and his new staff will have a talented breaststroke group to begin with as they try to help USC rise from last year’s 6th-place finish (out of six teams) at the Pac-12 Championships.