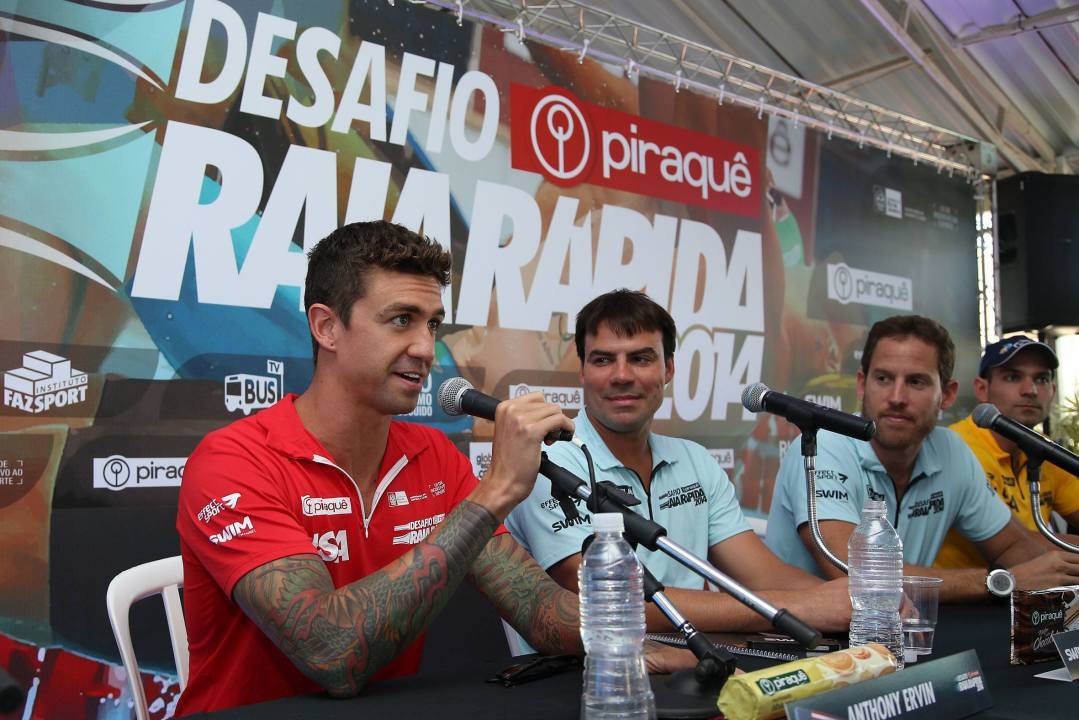 SwimMAC butterflier Tim Phillips will race for the American team at the 2016 Raia Rapida meet this Sunday.

There has still been no full announcement about the non-Brazilian rosters for the 2016 Raia Rápida meet in Rio de Janeiro, Brazil…

Freestyler Bruno Fratus will captain the Brazilian team for the 2016 Raia Rapida meet.

The 2016 Raia Rapida took place in Rio de Janeiro, Brazil, today.  Hosted at the same pool as the recent Summer Olympic Games, today’s competition was an opportunity to let Brazilian swimmers of all ages swim in the same water that Michael Phelps, Katie Ledecky, and Katinka Hosszu, among many others, made history in during the Games in August.

The competition featured athletes from the host nation Brazil, the United States, South Africa, and Italy.  Team USA returned Rio double gold medalist Anthony Ervin who competed in the 50 free, defending his title in the same pool that he became the oldest individual Olympic gold medalist in swimming.  While Ervin’s time today in the 50 would not have even made the Olympic final, it was nonetheless fast enough to beat his three competitors: Bruno Fratus (BRA), Douglas Erasmus (RSA), and Mirco di Tora (ITA).

The meet, which only featured men for the knock-out style competition that we are reporting on in this article, followed a three-round process of elimination to crown the winners of the individual races (the 50 fly, 50 breast, 50 back, and 50 free).  The competition culminated in a race between all four participant nations in the 200 medley relay, which went to Brazil in a new South American record time.  The results from each round are as follows:

One point was awarded to each swimmer if they advanced to the next round, and then one final point to the overall event winner, meaning Ervin’s 50 free crown also garnered 3 points for Team USA.  In the end Brazil came out on top in the team standings with a total of 15 points.  South Africa placed 2nd overall with 11 points, followed by the USA with 7 points and Italy with 3 points.

In the masters competition, Brazil’s Gustavo Borges swam a very fast 24.91 in the men’s 50 meter freestyle.  At age 44 the former Michigan Wolverine takes a commanding lead in the masters swimming world rankings in the 50 for his age group.  In total, more than 300 swimmers from the very young to the much more senior competed in the 2016 Raia Rapida.

Find further results and race videos here, or check out the meet website.

Just curious – who pays for teams to attend this meet?

its actually the 3rd year in a row that Brazil has won, not 2nd!

I thought he retired!