Bracket Challenge: Which ISL Team Has the Best Logo? 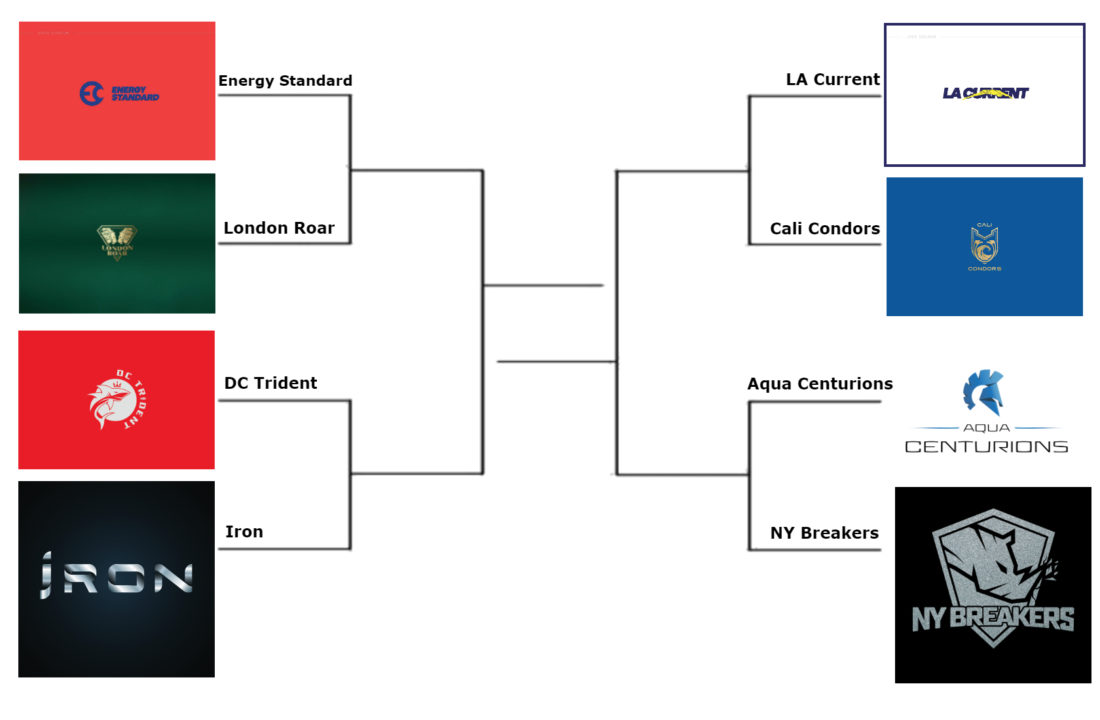 We've got official logos for all 8 of the ISL franchises, and the only logical thing to do is have them compete head-to-head in a bracket.

We’ve got official logos for all 8 of the International Swimming League year one franchises, and the only logical thing to do is have them compete head-to-head in a bracket.

We’ll match up the 8 logos in one-on-one polls, letting the fans pick their favorites. The logo with the most votes in each poll will move on to the next round. Our plan is to run round 1 for about a week, with logos moving on to the next poll bracket late next week.

Seeding was determined randomly, as were the matchups. Some franchises have multiple logos, but we tried to determine the main logo for each team.

Here’s a refresher on the meet schedule:

Here’s which teams will compete in each meet:

I just lost the ability to see looking at these. Oh no.

wild move of the ISL to have a bunch of random styles. any brand/marketing professional coulda told you to give them a similar look so they can easily be associated with the ISL league. on their own, they look cool -i’d never discount the hard work of the creatives, (stephen a smith voice) -howeva- they look sloppy as a whole group

Take a page from the Premier Lacrosse League, the team’s and logo’s are city based -great color schemes + they all look like they’re a part of the same league

lacrosse is boring as are their league logos

Your opinion is now null and void

fastest sport on land, year 1 of an athlete owned league. they’ve been huge in their web presence/social media takeovers. swimming could learn a thing or two

Wait…. does that mean the NFL does a poor job because there is no standardization across logos for all participating teams???? SMH

there is absolutely standardization of NFL logos, what are you talking about? my argument is these logos look like they’re created in different computer programs from different decades.

Are the meets SCM or LCM

Aqua Centurions logo is the worst in my opinion. Looks like a default title page of Microsoft PowerPoint.

All of them are pretty disappointing.

There still no information on meet structure, schedule, format etc. It would be nice to know this in order to make travel arrangements. It’s less than 2 months out.

There is a schedule. In terms of structure, scoring, etc…we’ve been asking. Over, and over, and over again. The response has been lots of promises for answers, but very little actual answers.

The focus right now seems to be very much on “messaging” the league, and selling what an emotional hullabaloo the whole thing is. I think if they don’t start turning their eyes toward the actual competition, they’re doing themselves more harm than good.

Here’s the schedule if you missed it upon release: https://swimswam.com/isl-reveals-inaugural-competition-calendar-vegas-baby/