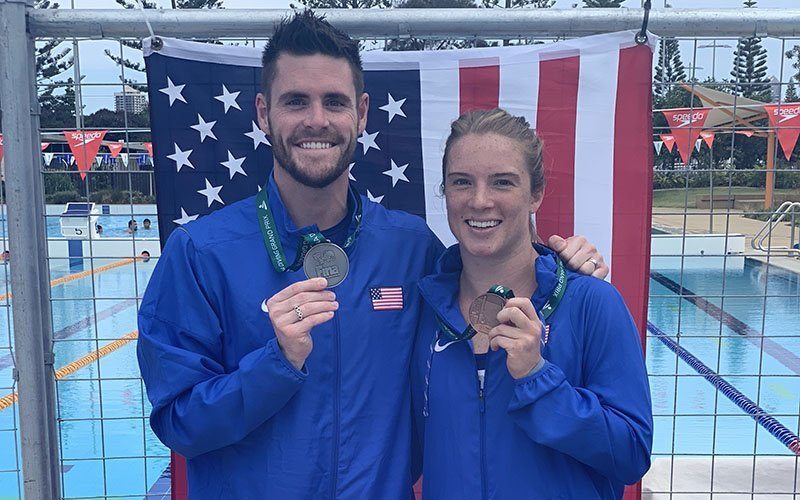 Katrina Young clinched the bronze medal for Team USA in Friday’s women’s 10-meter finals, while teammate David Boudia earned the silver medal in the men’s 3-meter in his first competition since the 2016 Summer Olympic Games. Current photo via USA Diving

Young gave Team USA its first medal after scoring 263.50 points for third place in the women’s 10-meter final. Despite struggling in the first two rounds, the Washington native climbed up the rankings in the third round from fifth place to third following a back armstand with 2 somersaults and 1 ½ twists that scored 59.20 points. Young held third place in the final two rounds, while Japan’s Rin Kaneto earned silver with 310.65 points and Australia’s Emily Boyd won the gold with 342.30 points.

In the men’s 3-meter finals, Boudia earned 422.05 points to capture the silver medal in the men’s 3-meter final, just 7.40 points behind Australia’s Kevin Chavez, who won the gold. Despite missing an inward 3 ½ tuck in the third round, Boudia recovered in the following round as his reverse 3 ½ tuck scored 94.50 points to move the four-time Olympic medalist from fourth place to third. In the final round, Boudia inched up to second place off a front 2 ½ somersaults with 2 twists which scored 76.50 points. China’s Wu Luxian scored 411.75 points to clinch the bronze medal.