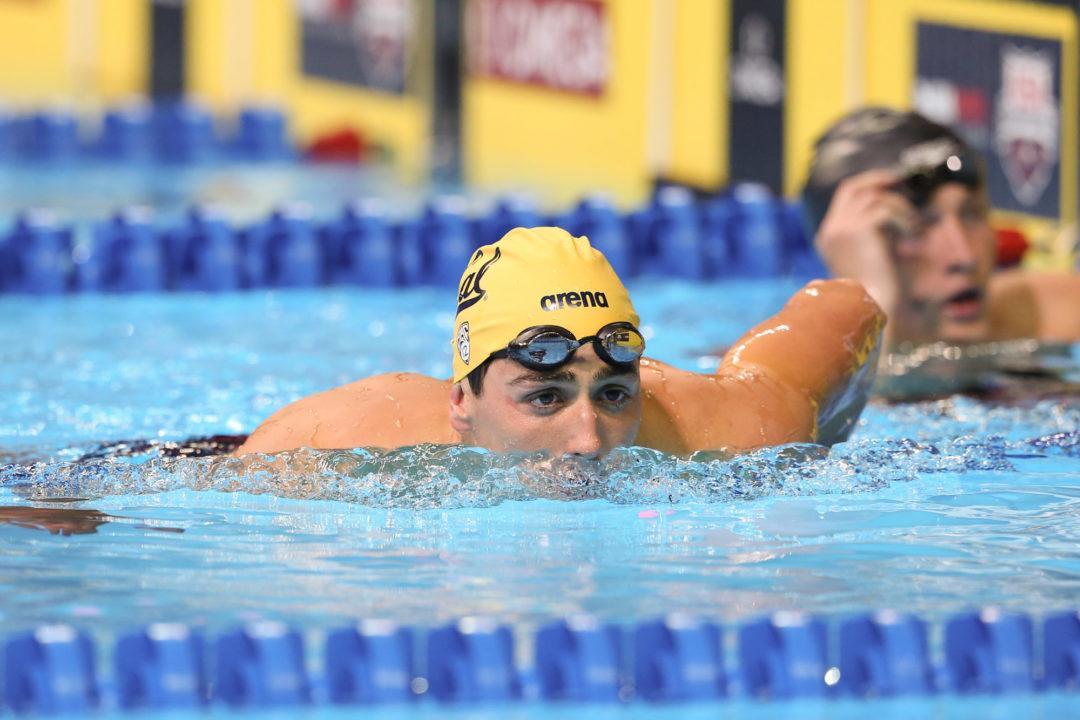 Matsumoto is the 6th-fastest swimmer in this entire expanded Olympic quad, putting up the world’s best time for the 2020-2021 season.

Just a few months after competing for Team USA in Rio, Pebley won the Austin Pro Swim Series 200 backstroke in 1:55.95, becoming the first man this season under both 1:56 and 1:57 worldwide. After his race, Pebley joked that he felt “bitter” after missing out on a medal in Rio and has remained highly motivated to earn his own Olympic medal down the road.

He’s off on the right foot with his Austin win. Pebley said he didn’t expect to be faster than 1:56.9, but blew away that benchmark by a full second. He now leads the world ranks – the fastest time on FINA’s records for the season (beginning in September of 2016) is Li Guangyuan of China, who went 1:57.47 at the Asian Championships back in November.

Pebley was just 1.2 seconds off his lifetime-best, a 1:54.77 from U.S. Olympic Trials in Omaha last June that qualified him for the Olympic team. Pebley will have to qualify for the U.S. World Championships team this summer. The selection meet is U.S. Nationals in June, with the World Championships taking place in Budapest, Hungary.

I would say this is more impressive in terms of how far ahead of the rest of the world he is. If I recall correctly, Grevers is currently ranked 3rd for the 2016-2017 season.

Pebley is a very serious medal contender in the 200 back at next world championships.