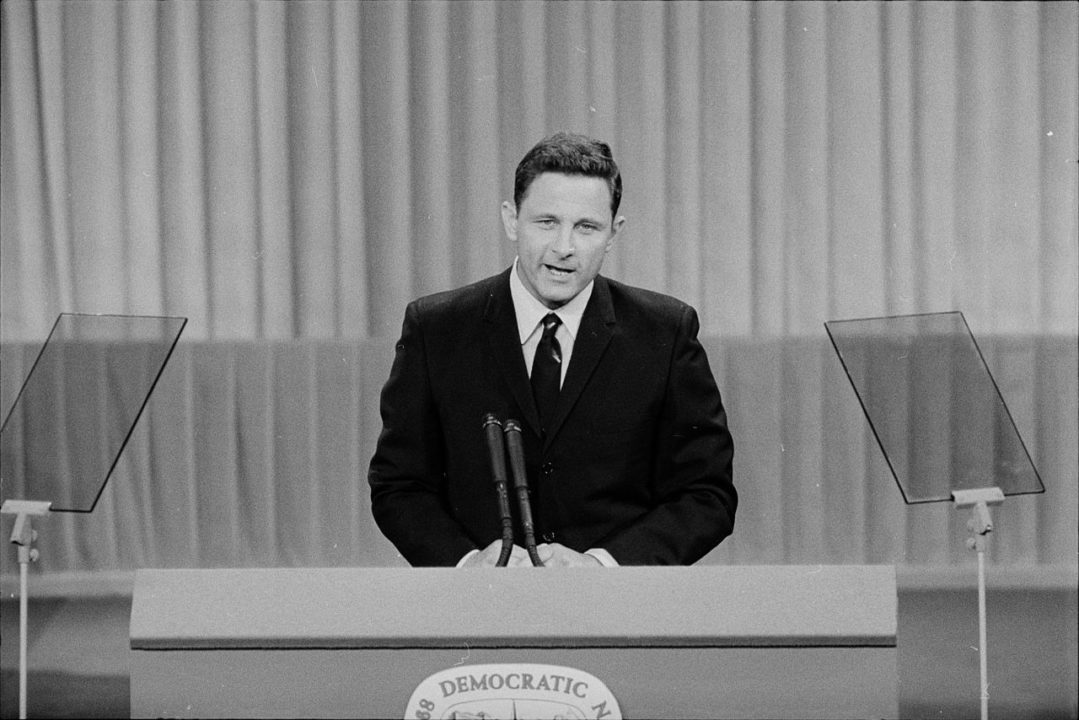 Bayh is the only person who is not a founding father to have authored 2 amendments to the United States constitution.

Bayh has on his resume a significant list of political and legislative successes, and is credited with saving the life off Senator Ted Kennedy after the two were involved in a plain crash in 1964.

Among his achievements was authoring 2 constitutional amendments: the 25th, which deals with the orderly transition of power in the case of the death, disability, or resignation of the President of the United States; and the 26th, which made the voting age in the United States 18. That makes him the only non-founding father to have authored two constitutional amendments.

His chief contribution to the world sport comes as a gender equality advocate. That includes authoring Title IX of the Higher Education Act of 1965, better known as just Title IX, which bars gender discrimination in any institutions of higher education that receives funding from the federal government. Once signed into law by Richard Nixon in 1972, among other things, it ushered in an era of equal access to scholastic athletics for women. On Title IX’s 40th anniversary in 2012, Bayh was referred to as the “father of Title IX” by ABC.

To read more about Bayh, see a more complete biography from CNN.

Thank you SwimSwam for this reminder article about Birch Bayh who worked to give us Title IX. This law made an enormous difference for girls and young women who wanted to participate in athletic sports and live the healthy, active, confident, skilled, athletic life. For example, high schools were forced to fund sports and teams for women and this made a difference with unending and compounding benefits for all. I could go on but will stop. I’ll just say thank you to Bayh, who is an example of a true politician who bettered lives and supported equality. Bless him and his memory.

And that men get 9.9 scholarships and women get 15

Yeah, he saved us from men’s C and D finals, and pumped up Div II swimming.

I think it sucks that there are colleges dropping swimming (and wrestling, soccer, gymnastics, etc) “in order to be compliant with X test in Title IX” and that men’s swimming championship selected participants are fewer, as are the scholarships. However, I am glad that more women have the chance to compete at the top level. It’s obvious that USA women’s swimming, basketball, soccer, and other sports are the best in the world. We’ve made incredible gains there and it’s made us all better.

Now let’s work on making sure that this isn’t a zero-sum game by colleges citing the law to drop men’s sports to balance their budgets. Talking to YOU, UCLA, Rutgers, Illinois, Vanderbilt, Tulane, Rice, Houston, Colorado… Read more »

Its the gargantuan football programs that are to blame, bankrupting colleges, then causing the reason for men’s and women’s sports cuts – its not Title IX that is to blame .

Agree 100%. When there’s a football scholarship for the third-string inside right-side linebacker in a 3-4 defense who never gets in a game, that’s the problem. It’s just that Title IX is always blamed. What they’re really saying is they’re going to protect the football team that is bleeding red ink, with over-paid staffs, and look for other places to cut teams. It’s always the swim, wrestling, gymnastics, and soccer teams that are cut.

Just curious, what soccer teams have been cut? I feel like that’s a relatively cheap sport to have and in the top half of popularity.

Don’t blame Birch Bayh for how the NCAA has decided to implement Title IX. With 85 football scholarships available for FBS teams that pretty much guarantees less scholarships for non-revenue men’s sports. In the big picture Title IX has made a huge impact on women’s athletics and it’s disappointing some of that has been at the expense of men’s sports, but it’s as much a result of the almighty dollar as it is Title IX.

Who are you kidding, men have been eating women’s lunch for a century and still leaving them the crumbs…men don’t share and they don’t want equity for women.

The OG “if you can’t have nice things, then nobody can”

This father of 3 daughter thanks Mr Bayh for his enormous contribution to this country, including tittle IX. Because of him, they will be able to swim in college. Our oldest will be a college swimmer, with an average talent, but nobody loves swimming more than her. I know some of macho guys here would be the happiest if this is only all men’s sport and men swim while carrying guns, but not this father. Thank you again, Mr Bayh. RIP.

It’s sad to see down votes and negative comments by so many bitter men about Title IX. If you hate the scholarship discrepancy in swimming start fighting your beloved football—where 80+ guys get full rides and sit on the bench for four years!

Yes, Football screws every other sport with their 85 scholarships. Some schools overcome this with Rowing teams, as they have a high cap limit on scholarships available, but I know not all schools have a body of water close enough to counter this. Even if football could cut down to say 53 scholarships (53 is the roster limit in the NFL) that still gives an ENTIRE team FULL scholarships… split some up… give the 3rd string QB 1/2 a ride, give the back up TE a 2/3 ride, and the kicker a 1/4 ride, etc… whatever or however you want to split it up, but 85 is INSANE!! There are guys getting full rides who never see the field and… Read more »