"I can do all things through Jesus Christ who strengthens me." Philippians 4:13 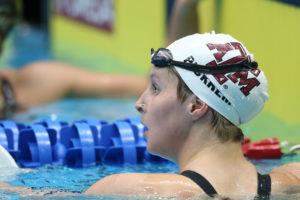 The Aggies have four women in the 200 breast A-final Saturday night. 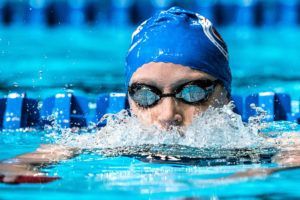 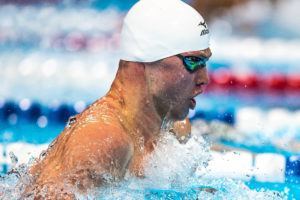 After three days of intense competition it’s finally time to see what speed the men’s 100m freestyle has to offer. 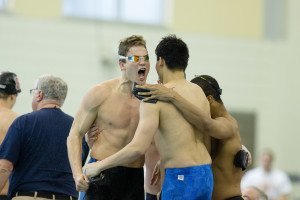 NC State’s Ryan Held tried to run down John Murray down on the last leg, but ran out of room at the end, Murray holding on for a win in the 200 Free Relay

John Murray
John Murray is a junior freestyle specialist at the University of Texas. Born April 24, 1994 in San Antonio to parents, Kevin and Patricia, Murray also has four siblings: Jacob, Sarah, Josh, and Daniell. Murray is a nine-time NCAA DI All-American and four-time Big 12 Champion. The Spurs fan is focusing on undergraduate studies at UT.

University of Texas
2012-2013
Murray was an asset to the Longhorns in his freshman season at the conference and national level. He finished second in the 100 freestyle, third in the 50 freestyle  and fifth in the 200 freestyle. He swam on the Texas 200 freestyle relay, which placed fourth at the NCAA Championships, the 200 medley relay and the 400 freestyle relay.