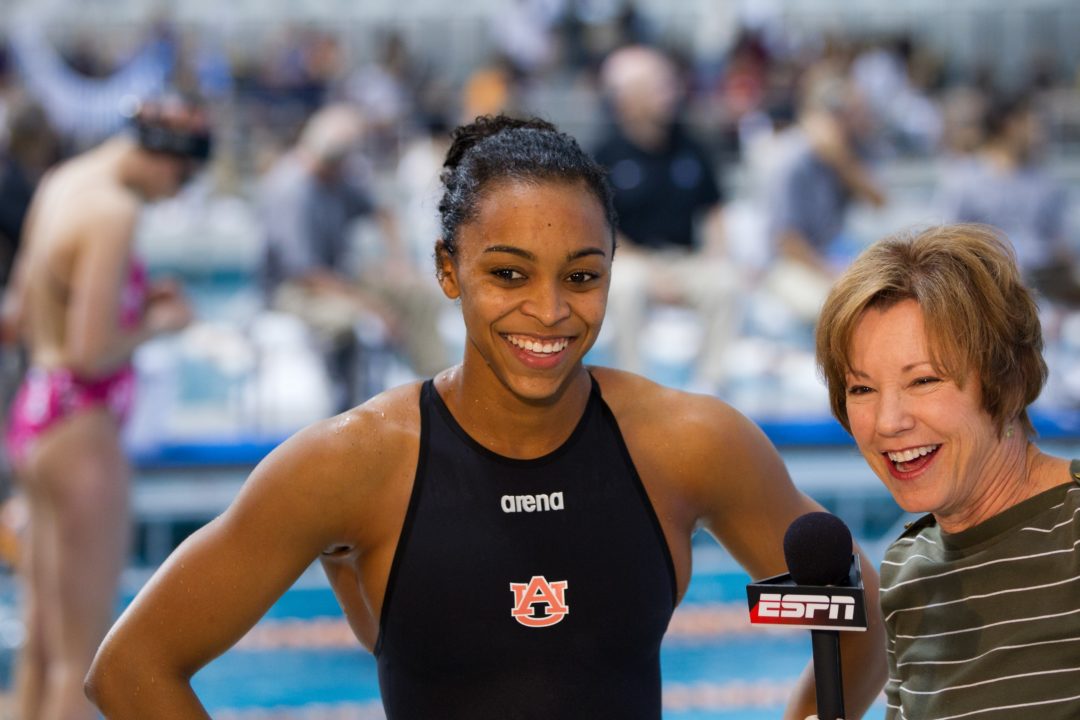 The Bahamas will be sending four swimmers to the World Championships: all of whom are based out of the United States. The men’s contingent witll be Matt Lowe (Towson) and Elvis Burrows (Kentucky post-grad), and the women’s team will include McKayla Lightbourn (Florida State) and Arianna Vanderpool-Wallace (former Auburn All-American, now training in Miami).

Most of the team will depart for Barcelona on the 22nd of this month, about a week ahead of the July 28th start of the swimming competition.

The star of the squad is undoubtedly Arianna Vanderpool-Wallace for one of the top teams in the Caribbean region. The NCAA Record holder and Olympic finalist. She hasn’t done much in the way of formal racing since the Olympics, but after wrapping up an internship in Miami, is now back in Auburn training and finishing her undergrad degree.

Burrows, a sprinter, is also back in school; he returned to his alma mater Kentucky in the fall to start working on his post-bachelor education where he is training and serving as the head manager for the varsity squad.

Lowe, who will be a junior next year, is a distance swimmer at Towson’s program, which is one of the country’s top mid-major destinations in that specialty. As a sophomore, he broke a 30-year old school record in the 1000 free and was 4th in the Colonial Athletic Association in the 1650.

And finally, Lightbourn, the only of the four born in the United States, is a true IM’er who is very good in all four strokes though her best is probably the 100 fly. Her new head coach for her senior year with the Seminoles is Frank Bradley, who was at Auburn when Vanderpool-Wallace was putting up two of the best sprint seasons in NCAA history.