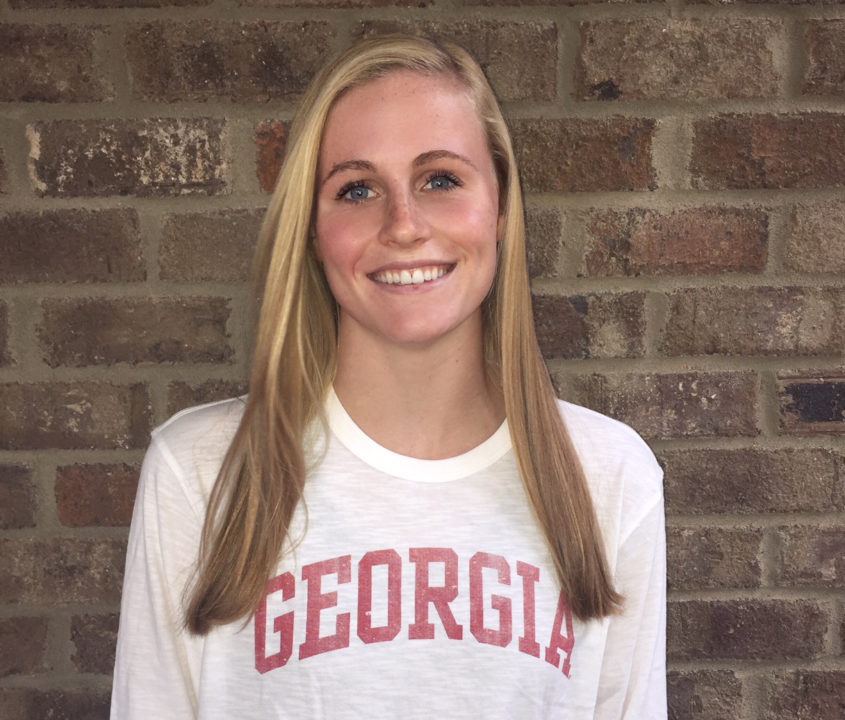 National qualifier Caroline Aikins, a product of Georgia's SwimAtlanta, has made her verbal commitment to swim for the Lady Bulldogs. Current photo via Courtesy of Caroline Aikins

Caroline Aikins, out of SwimAtlanta, is the latest verbal commitment to join the Lady Bulldogs as part of the Class of 2022, bringing the total incoming class to six. While she’ll rub shoulders with lots of familiar faces in her native Georgia, none will be more so than her sister Katherine, who has just begun her sophomore year at the University of Georgia.

After chipping away at a few of her personal best short course times over the last few years, Caroline had a massive long course season this past summer, dropping over 3 seconds off her best 100 back (1:02.97), and more than 4 seconds from her 200 back (2:16.44). Both swims earned her state titles and were her first Summer Nationals qualifications. Her best times are:

In light of Sam Fazio’s transfer to Arizona State, Ashley Mallon’s retirement, and Annie Williamson missing from the 2017-2018 lineup, the Lady Bulldogs’ roster has recently opened up for the incoming class. In addition to having two years of overlap with sister Katherine, Caroline will join a class loaded with talent (although still looking for a breaststroker, sorry to beat the dead horse), including SwimSwam’s #1 ranked recruit Eva Merrell, World Team Member Dakota Luther, National Junior Team Captain Madison Homovich, Olivia Carter, and Tatum Smith. Caroline will also get three years to compete and train alongside last year’s #1 recruit Courtney Harnish, who had a stellar first dual meet of her collegiate career.

So proud of Caroline!