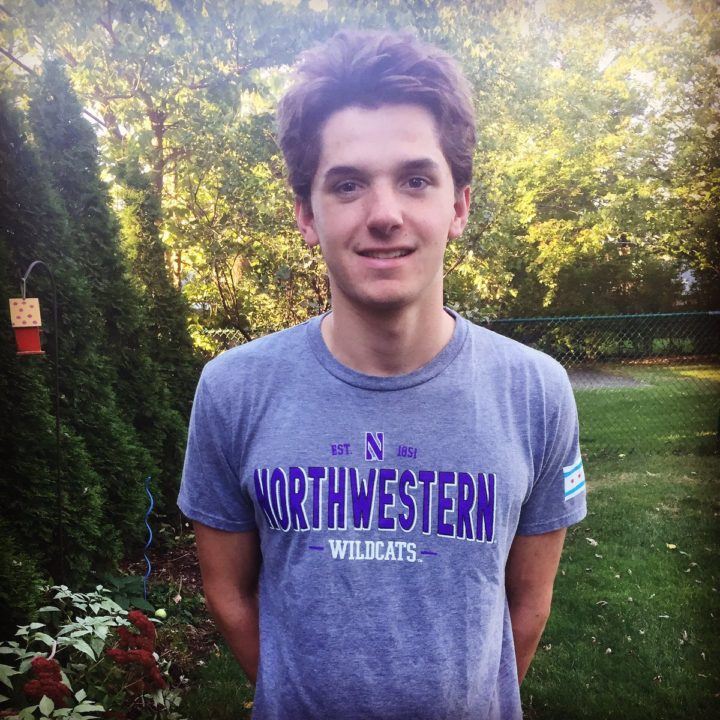 Ryan and Patrick Gridley have both verbally committed to Northwestern University, just a town over from their high school, New Trier. The... Current photo via Ryan Gridley

Ryan and Patrick Gridley have both verbally committed to Northwestern University, just a town over from their high school, New Trier.

The twins helped New Trier place third overall in the team race at the 2017 IHSA State Championships, while they were both on NT’s 200 medley relay and 400 free relay at those championships. Both relays won IHSA titles. Individually, Ryan finished 5th in the 100 free, Patrick 3rd in the 100 back, while Ryan was 8th and Patrick 9th in the 200 IM.

Both twins are backstroke specialists, while Ryan brings in some very exciting sprint free speed for the Wildcats. Ryan will probably jump onto the NU 800 free relay right away, as they just graduated three of four legs, while he could be in contention for a spot on the 400 free relay.

The Gridleys will be part of an important rebuilding process for the Wildcats. They had zero freshmen join the team for the 2016-17 season, though they had a much better haul for this year, bringing in 8 newcomers.

Congrats to Ryan Gridley on his verbal commitment to swim at Northwestern University next fall! We are SO proud of you! #classof2022 pic.twitter.com/t28Std3E0t

Congrats to Senior National Qualifier Patrick Gridley on his verbal commitment to swim at Northwestern University next fall! #classof2022 pic.twitter.com/8CHvn4NtUX