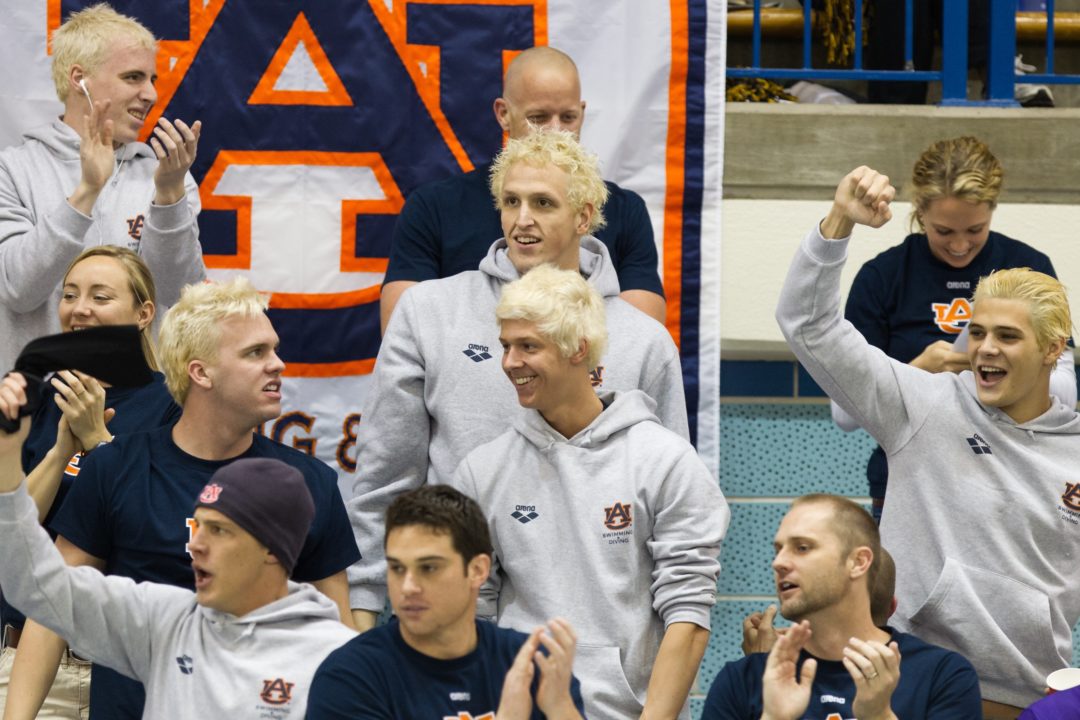 The Auburn men have added a huge signing from Australia to their class of 2017. (Photo Courtesy: Tim Binning/TheSwimPictures.com)

The Auburn Tigers have made the first big splash on Wednesday, with the opening of the 2013 “regular” signing period, going down under to head coach Brett Hawke’s homeland to sign sprinter Alex Press.

Press has huge sprinting ability for the Tigers, and will be a huge part of the rebuilding process that will start after next season, when they graduate their three best sprinters. Press’ best times in long course include a 22.73 in the 50 free from January of this year, which converts to a sub-20 swim in the 50 yard freestyle.

At that same meet in January, the Australian Youth Olympic festival, he was also a 51.30 in the 100 free long course, and a 54.3 in the 100 fly long course. If you’re looking for a good comparison based strictly on times to someone in the United States, his times compare favorably to Bolles senior Santo Condorelli, who is a USC commit and ranked #34 by collegeswimming.com in the class. (Though, if you weigh the value of sprinters more highly because of relay value, both are easily top-20 guys).

Press’ potential is impressive; he stands 6’4″ tall and swims for TSS Aquatics in the talent hotbed that is Australia’s Gold Coast.

They’ve also received a commitment from Joseph Patching, one of the top young swimmers in the UK who’s been 55.7 in the 100 back and 1:59.4 in the 200 back in long course meters.

After the regular signing period can you do a story where you rank the recruiting classes.

Sure. The regular period technically doesn’t end until August, but we’ll give a week or two for things to settle out.

How old is Alex Press? Is he a real high school senior?

Second, are there any recruiting commitment lists out there other collegeswimming? I’ve noticed some schools routinely bring in classes that are mostly un-listed on that site.

Yes, Press is a normal aged high school senior. He was 17 at the turn of the calendar year, not sure when his birthday is.

His birthday must be in aorund May or June