Atlanta Classic Set for May 18-20; Dressel and Lochte Expected to Race 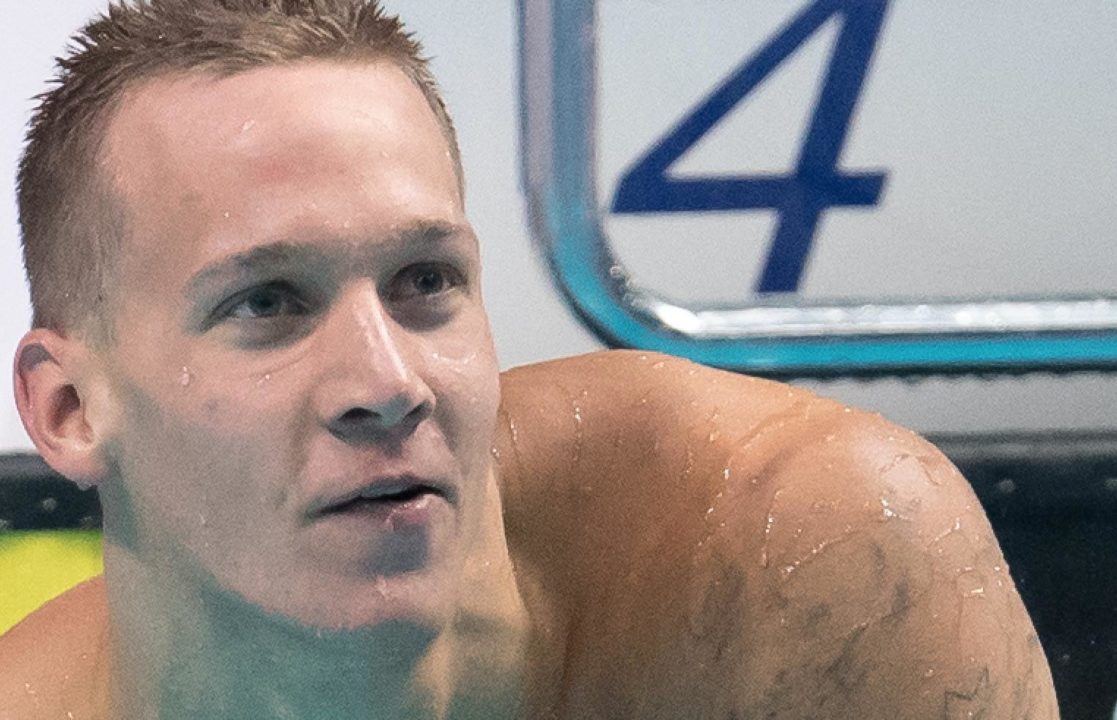 Among the headliners are American record holder, and perhaps the most exciting swimmer in the world right now, Caeleb Dressel, along with World record holder and twelve-time Olympic medalist Ryan Lochte. Archive photo via Mike Lewis/Ola Vista Photography

The 2018 Atlanta Classic is set for mid May, as college standouts, pro stars, and age group names will converge for one of the premier meets of this spring. The TYR Pro Swim Series will have a stop in Indianapolis that same weekend, from May 16-19, while this meet will run May 18-20.

While this won’t be a Pro Swim Series stop (Atlanta already hosted one earlier in March), plenty of big names are expected to compete. Among the headliners are American record holder, and perhaps the most exciting swimmer in the world right now, Caeleb Dressel, along with World record holder and twelve-time Olympic medalist Ryan Lochte. With his final NCAA Championships said and done, this will be one of, if not the, first meets post-NCAA for Dressel. Lochte recently made his first ventures into racing of the 2017-18 season, and this will be a higher level meet than the area and sectional championships he’s already competed at in Florida this spring.

College swimmers from the University of Florida, University of Georgia, University of Virginia, University of Texas, and University of Tennessee are expected to make appearances at the meet, as well as post-grad trainees from UGA and Texas. Other pros listed on the meet website are Amanda Weir, Josh Prenot, Michael Andrew, and Ryan Held. NCAP and Nashville Aquatic Club are listed among expected club teams, meaning we could see more action from Gretchen and Alex Walsh.

With Texas and UGA post-grad groups expected to be racing, this could mean a comeback for Olympian Missy Franklin. Nothing has indicated that she intends on racing at this meet, but Franklin moved to Athens earlier this year to pursue a psychology degree and train under Jack Bauerle in his pro group, which also includes Olivia Smoliga, Melanie Margalis, and Chase Kalisz. Franklin has yet to announce a set date for her “comeback,” so the potential for her racing at this meet is more of a hopeful speculation than anything else.

More information will be released as it becomes available regarding which big names are expected to compete at this year’s Atlanta Classic. Swim fans will be happy to learn that the meet is FREE to spectators– seats are available on a first-come, first-serve basis. Additionally, the Atlanta Classic will be taking meet entries until Thursday, May 8th, at 8PM EST.

Has there been a Leah Smith sighting anywhere? She seems to have totally dropped out of sight.

She’s training but idk when her next meet will be, she may go to Indy.

If you follow her on social media, you can see that she’s posts at the U of A pool just about every day so I’m confident she is training. She also spent a good chunk of time at the national team training camp in Chula Vista these past few week.

Yes!! There better be one for this meet.

Off topic but for those who are interested, here’s the full day 4 of last NCAA men’s championships.
https://www.youtube.com/watch?v=CrXG_hwN6rM