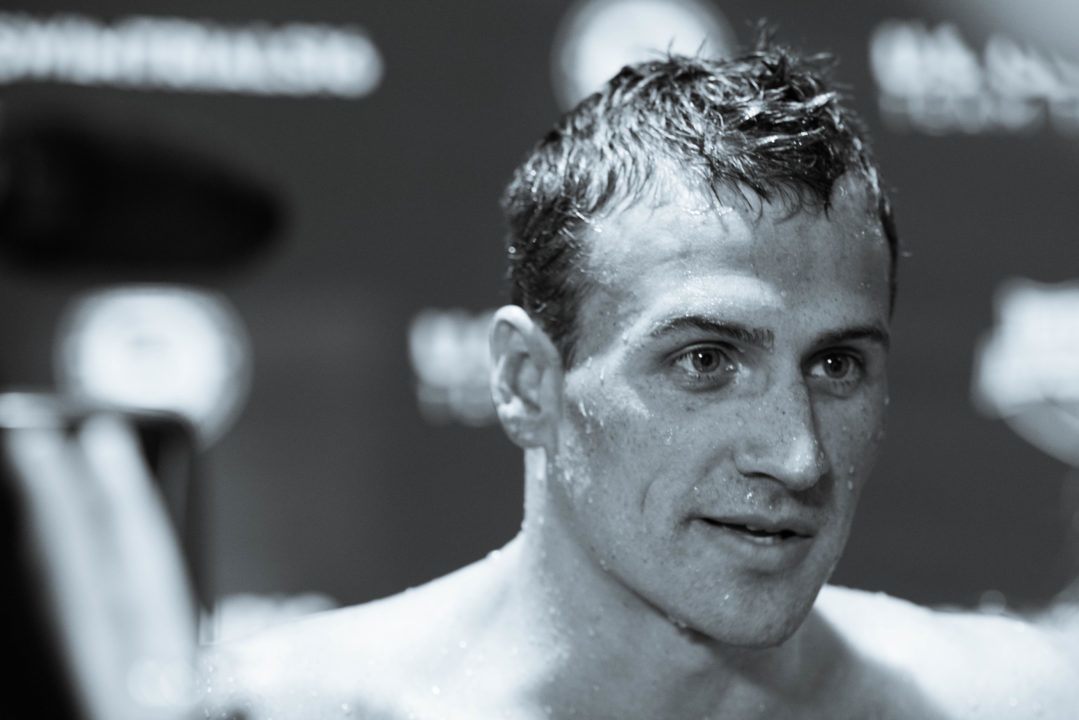 Ryan Lochte‘s first race of the 2017-2018 season didn’t come at Winter Nationals, nor Austin, nor even this weekend’s TYR... Archive photo via Mike Lewis/Ola Vista Photography

Ryan Lochte‘s first race of the 2017-2018 season didn’t come at Winter Nationals, nor Austin, nor even this weekend’s TYR Pro Swim Series meet in Atlanta – only a 5 hour drive from his training base in Gainesville.

Instead, Lochte made his official return to competition at the Florida Area 1 & 4 Championships hosted by the Bolles School in Jacksonville, Florida. On Saturday, he swam a 4:21.79 in the 500 yard free. His best time in the event is a 4:13.23 done in 2007, which at the time put him among the best in the country, though the race hasn’t been part of his repertoire at championship meets since high school (he swam 4:25.5 as a senior in high school). Other than that one swim, 4:21s were his next-best times.

Lochte’s name didn’t appear in the heat sheets to begin with, so we don’t know for sure if he’ll be swimming other races this weekend.

After time spent training with Team Elite in Charlotte and the Trojan Swim Club in Los Angeles, Lochte is back training with Gregg Troy at the University of Florida, where he achieved most of his collegiate and professional success.

Lochte’s life has gone through a lot of changes over the last year. Besides his return to Troy and Gainesville, he and then-fiancee Kayla Reid welcomed their first child, Caden, on June 8th, and then in January they married at a courthouse in Gainesville.

The court house wedding is the best. Low cost, legal, and shows your spouse that you care enough to go before a judge to proclaim your life long commitment.?

Whenever people get married that is what they are doing. Why would a courthouse wedding be the best?