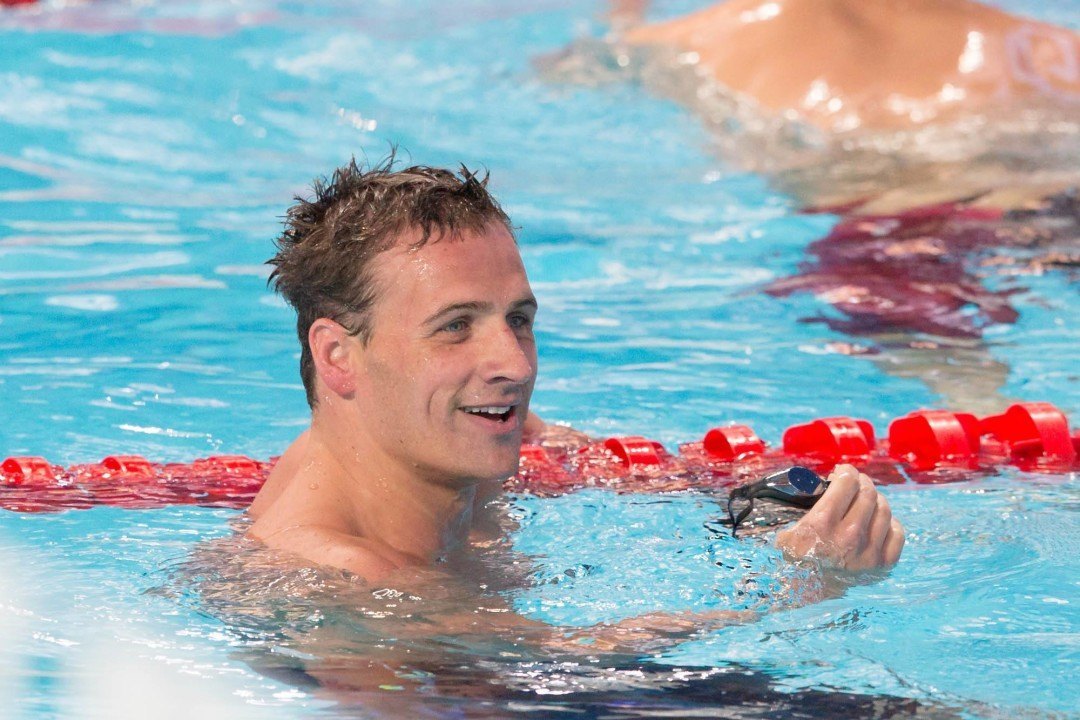 Lochte tweeted an announcement mid-morning, saying the boy’s name is Caiden Zane Lochte. He was born at 5:46 a.m. at 7 lbs 14 oz and 22 inches. Here’s Lochte’s announcement:

Back in December, Lochte announced the news that he’d be becoming a father in an underwater Instagram post that quickly went viral across swimming fandom.

Lochte is currently out of competition, serving a suspension that lasts until the end of this month. That’s after the gas station debacle in Rio de Janeiro in which Lochte and three other American swimmers got into trouble with Brazilian authorities after allegedly causing damage to a gas station bathroom. Lochte originally told media he was mugged at gunpoint, but later admitted he had exaggerated the story of security guards confronting the swimmers at the gas station.

His 10-month suspension expires on June 30, but will keep him out of U.S. Nationals and by proxy, the 2017 World Championships. (U.S. Nationals are serving as USA Swimming’s only selection meet for the World Champs). He did recently swim a pair of events at Masters Nationals, but otherwise hasn’t competed since the Rio Olympics.

Lochte and Reid are engaged to be married as of last October. Lochte’s story is now remarkably similar to that of fellow Olympic icon Michael Phelps, whose then-fiancee Nicole Johnson gave birth to a son, Boomer, about one year and one month ago.

In other baby name news , Caitlyn formerly a regular favourite has slipped out of the top 1,000 US baby names . Sad end for a pretty but unfrilly name .

They need to get married

It’s really none of your business.

Congratulations Ryan! Kudos! With your beautiful blessing and steadfast determination, I know that you will more than clean up in Tokyo! At least 30 gold medals. Your skill, personality and character traits will be the biggest legacy you can bestow to not only your precious baby boy but to the Olympics as a whole. Congratulations again Ryan. No more talk about “gas stations”!!!

exactly – we dont want to hear that story anymore ….

Another swimming child born out of wedlock

On behalf of all of us “out of wedlock” babies, no one cares.

Congrats to the parents.

My guess is that neither will make the Olympics.

Reports are that he spoke immediately after birth. Eyewitnesses say that his first words were “In coming for you Boomer”

And as reports confirm, the Baby’s linguistic abilities continued to outpace his father’s.