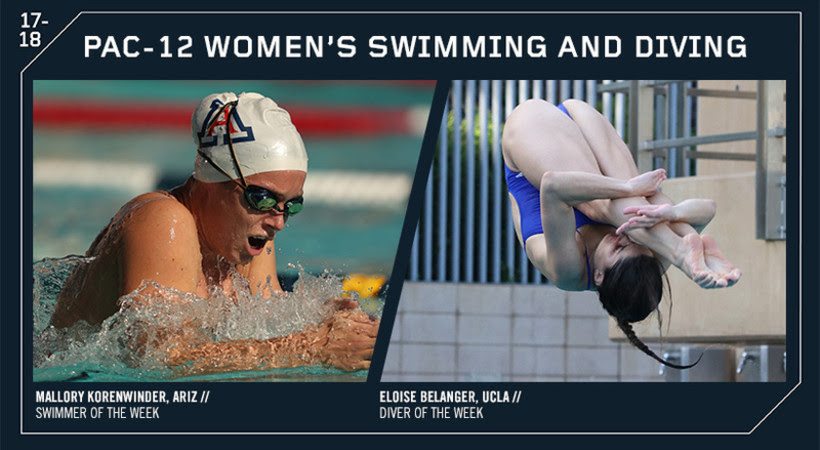 Belanger (Montreal, QC, Canada) nearly swept UCLA’s annual Bruin Diving Invitational, registering wins in the 1-Meter and 3-Meter competitions, as well as a runner-up finish on Platform. The December Pac-12 Women’s Diver of the Month competed against divers from California, Stanford and USC, as well as a number of other schools at the Bruin Diving Invitational. Belanger led throughout on Day 1, when she tallied a score of 636.00 to take the 1-Meter. A day later, the junior posted a strong final-round performance to record a total score of 650.25 and overcome Mia Paulsen of Stanford. Belanger tallied scores of 650.25 in the 3-meter for first and 539.35 in platform for second.

Korenwinder’s time in the 100-200 Breaststrokes were not even NCAA “B” cuts? Why PAC-12 Swimmer of the Week winner? Curious to know what their guidelines are.

Isleta’s times in the 100-200 Backstrokes were both NCAA “B” cuts and she broke the pool record at Washington State in the 200IM.

Just curious to know who makes up the selection body and interested to know its selection process.