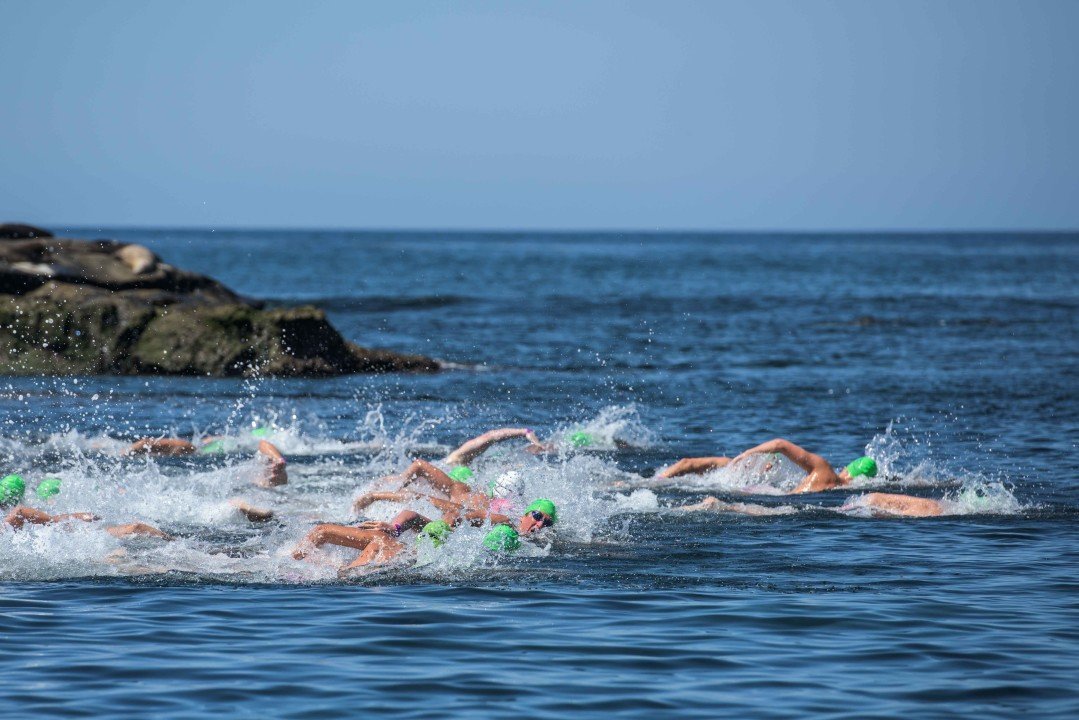 This Saturday 18 men and 20 women will embark on the first leg of the FINA/HOSA 10km Marathon Swim World Cup (MSWC) in Patagones-Viedma, Argentina. Archive photo via Mike Lewis/Ola Vista Photography

This Saturday 18 men and 20 women will embark on the first leg of the FINA/HOSA 10km Marathon Swim World Cup (MSWC) in Patagones-Viedma, Argentina.

Similar to the short course meters (25m) FINA World Cup that runs from the end of the summer through late fall and spans 9 cities, the 10km Open Water World Cup spans 7 cities and 4 continents and will run until October and its conclusion in Hong Kong.  Like the FINA World Cup (25m), prize money is awarded to the top finishers in each race, with prizes awarded for the first 8 finishers in both men’s and women’s fields.  The payment schedule for the Patagones-Viedma meet is as follows:

Yesterday, all swimmers registered for the 10km event were also given the opportunity to compete in a 1600m “sprint” race that was open to mass participation, though there is no information as to whether additional prizes were offered in the sprint, and results have not been posted.

Simone Ruffini and Rachele Bruni, both from Italy, were the overall MSWC champions in 2016.  Bruni’s title followed an Olympic Silver medal earned in Rio and finished off a superb World Cup season where she finished first in three of the seven meets throughout 2016.  Ruffini, the 2015 open water world champion in the 25k distance, finished just out of the medals in Rio in the 10k open water swim.  The Dutch duo of Sharon van Rouwendaal and Ferry Weertman, both 10k open water gold medalists from Rio, are not slated to compete in Argentina this weekend, leaving the race wide open for Ruffini and Bruni who will both andkick off their 2017 campaigns tomorrow.

No swimmers representing Team USA will be present at this first stop in Argentina, though plenty of other stars in Open Water will be there, including Brazil’s Olympic bronze medallist Poliana Okimoto, compatriots Allan do Carmo and 10km World silver medallist Ana Marcela Cunha.  Local star Cecilia Biagioli will represent the home team, one of many South American swimmers competing this weekend.

All stops on the 2017 World Cup tour are listed below.  Additional information can be found on FINA’s website.