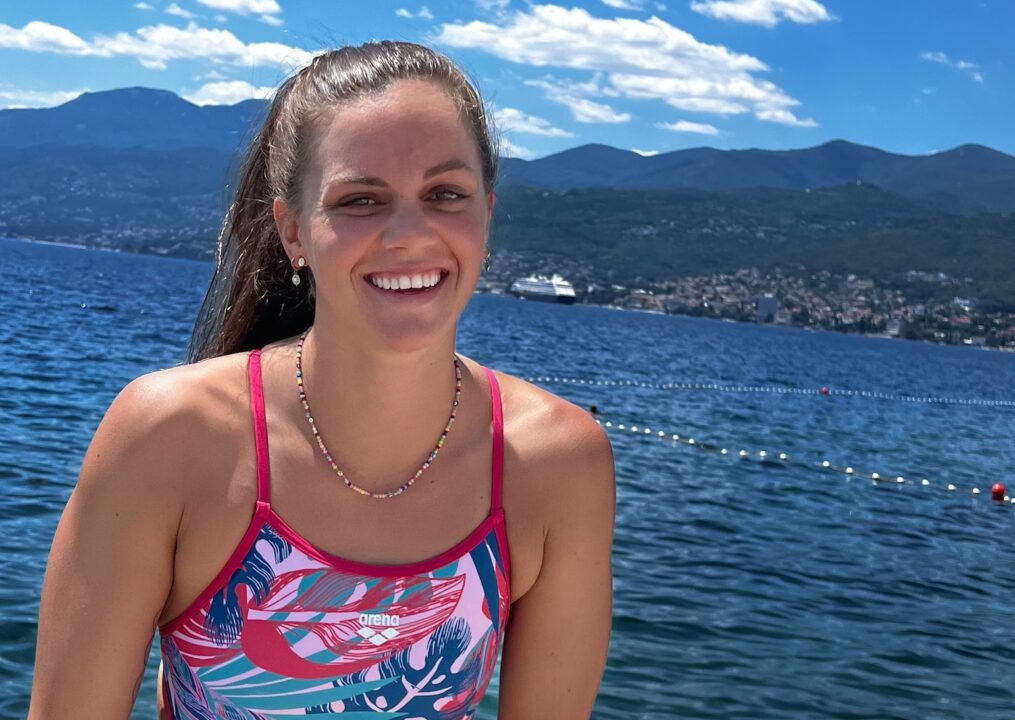 White joins several of her fellow USA National Teammates as a member of the arena athlete family.  Archive photo via Jack Spitser/Spitser Photography

Courtesy of arena, a SwimSwam partner.

Global swimwear brand arena is proud to welcome 2020 Tokyo Olympian and 2021 World Champion Rhyan White to its elite swimming family. White, a world-class swimmer coming off her first Olympic team and an impressive collegiate career, joins several of her fellow USA National Teammates as a member of the arena athlete family.

The 22-year-old from Herriman, UT set the scene for her impressive trajectory onto the world stage at the very start of her collegiate career. As a freshman at the University of Alabama in 2018, White scored in all three of her individual events at her first SEC meet.  In her sophomore year, White had a major breakout and took home the SEC title in the 100 and 200 back. With Olympic Trials approaching, Rhyan continued to drop time in both her butterfly and backstroke events. Unfortunately, at the onset of the pandemic, her season was cut short as the NCAA season was cancelled and Olympic Trials postponed. However, Rhyan remained resilient and rolled in to her Junior year with major drops in her 100 back, 200 back, and 100 fly. She took home the title in all three events at the 2021 SEC Championships and went on to place 2nd in both her backstroke events at the following NCAA Championships.

After showing her impressive speed through the NCAA 2021 season, Rhyan carried her momentum into the 2021 Olympic Trials. Having previously competed in the 2016 Olympic Trials as a 16-year-old, Rhyan had never made a semi-final or final at the event; that was all about to change.  On night three of the meet, Rhyan earned her spot on the US Olympic Team when she posted a blazing 58.60 in her 100 back touching the wall in 2nd place. Just a few days later, White backed her performance swimming an explosive 2:05.73 in the 200 back – a time that was not only a huge personal best but also won the event at US Olympic Trials.

Rhyan continued to impress the world at the 2020 Tokyo Olympic Games finishing in 4th place, just off the podium, in both of her individual events. She also swam the backstroke leg in prelims of the 400 medley relay where the US team went on to place 2nd in finals, earning White her first Olympic Silver Medal.

arena North American General Manager, Mark Pinger, expresses that “we are excited to have Rhyan join team arena.  Rhyan swam on an arena sponsored club before entering college and she is excited to get back into her favorite race suit.  She has shown that she is a force to be reckoned with and we are lucky to have the opportunity to support her at the start of her professional swimming career.”