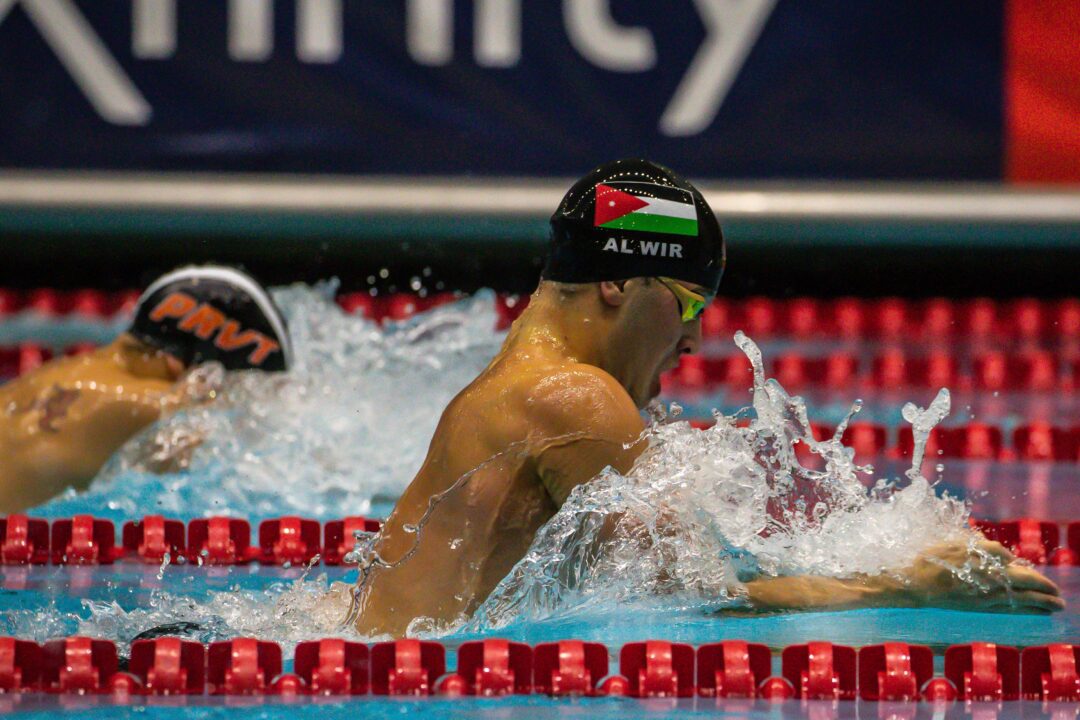 Jordan has sent 2 swimmers to the last 7 Olympic Games but Al-Wir's addition to the Tokyo 2020 squad brings them up to 3 for this year's Games. Current photo via Jack Spitser/Spitser Photography

Jordan has announced Amro Al-Wir as their third and final addition to the country’s official delegation heading to Tokyo for the 2020 Olympic Games. The country will send 14 athletes to the Games, 3 of which for the sport of swimming including Al-Wir, and brother-sister duo Talita and Khader Baqlah. From 1996 – 2016 Jordan sent 2 athletes to each Olympic Games, making this year’s team the largest Olympic swimming roster in the country’s history.

I thought only 1 male swimmer (Amro) and 1 female (Talita) were going.

How can Jordan have two male swimmers attending if neither have met the OST? Universality allows one male and one female. I don’t believe Fina has announced any additional quota spots as yet??