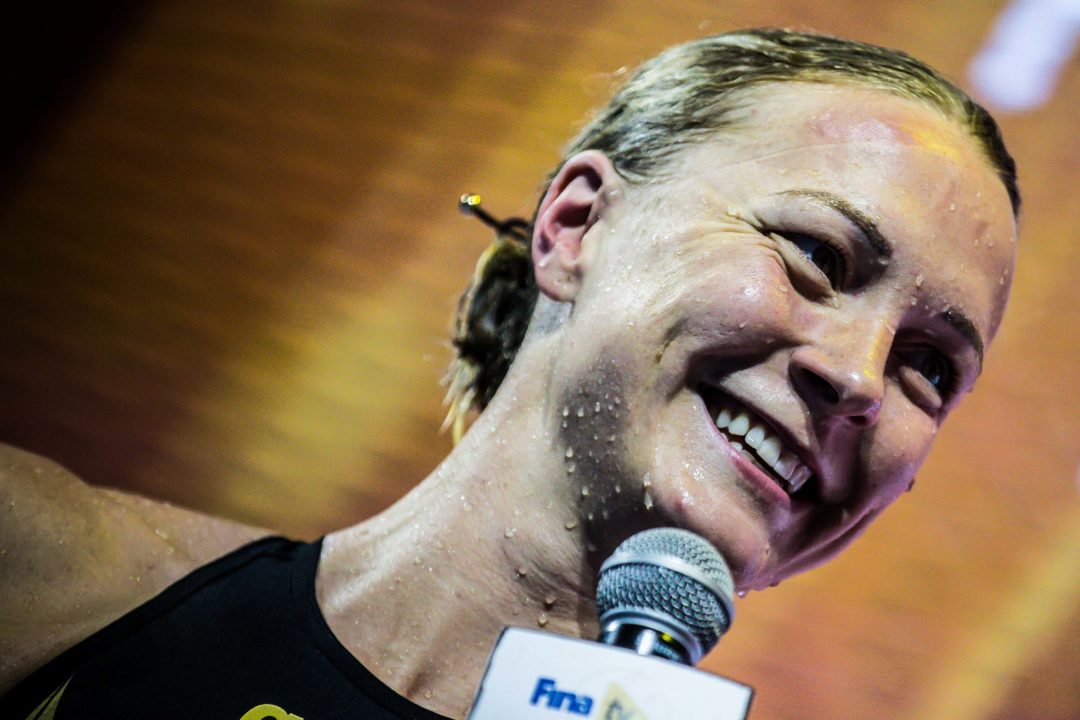 Almost $6 million are up for grabs at the FINA World Aquatics Championships that began on Friday in Gwangju, South Korea. Excluding World Record bonuses, there are $5,847,800 being offered across the 6 recognized FINA disciplines (with no meny being awarded to beach water polo athletes).

This is a modest increase from the $5,460,300 that were on offer at the 2017 World Championships of about 7.1%. That much smaller than the increase to prize money at the 2018 World Short Course Swimming Championships (one discipline only), which was nearly-doubled in response to financial pressures from the upstart International Swimming League.

This prize money is in addition to that which may be received by athletes from sponsors, national federations, or Olympic committees.

When would these swimmers receive their prize money?

They should pay double for relays.

Curious, since the swimmers can possibly make $ at these Championships, Who is paying for the Pros to travel and stay in Singapore? Do the Pros’s need to Reimburse USA swimming for their expenses if they win prize money. That seems very fair ti me. Isn’t USA Swimming running a deficit?

Umm. Caeleb you need to pay your hotel bill.

I highly doubt anyone on the World Championship team is paying anything to travel to this meet.

Yeh, represent your country at the highest stage but pay your hotel bill IF you win….. really?