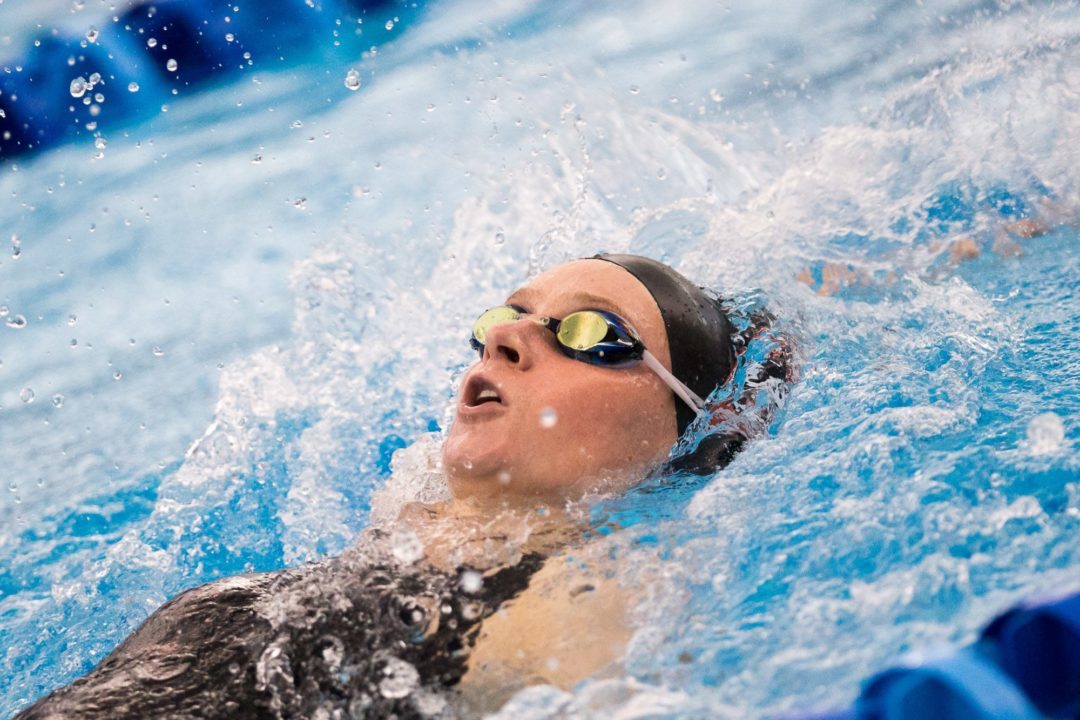 Ally Howe, a senior at Sacred Heart Prep, has broken the National Independent High School Record in the 100 yard backstroke once again. During prelims of California’s Central Coast Section Championships, Howe swam a 51.84, which broke the National Independent High School Record held by the defending World and Olympic Champion Missy Franklin. Today during finals, she lowered her record to 51.54 during the finals of the CIF Central Coast Section Championships.

She just missed the overall National High School Record held by Olivia Smoliga at 51.43 from 2012.

How good is Stanford going to be? A 400 Medley relay of incoming freshman (Ally Howe, Heidi Poppe, Janet Hu, Simone Manual) have a cumulative best time of 3:30.22. That would have been 4th at NCAA’s this year. And that doesn’t include any relay starts. And they are all high school times.

And Engel doesn’t even get on that relay. Scary.

Haha!
Heidi Poppe broke the minute barrier in the 100 breast.
Ally Howe is on fire on backstroke.
I think Stanford coach Gregg Mehan is feeling very good this weekend. 🙂

Talking about Greg Meehan, I’ve found a little video in which he talks about each of his future recruits.
http://www.youtube.com/watch?v=h0XT1oqMpww
They can update some PBs. 🙂

Ally!!!! You are so amazing! Poppe family