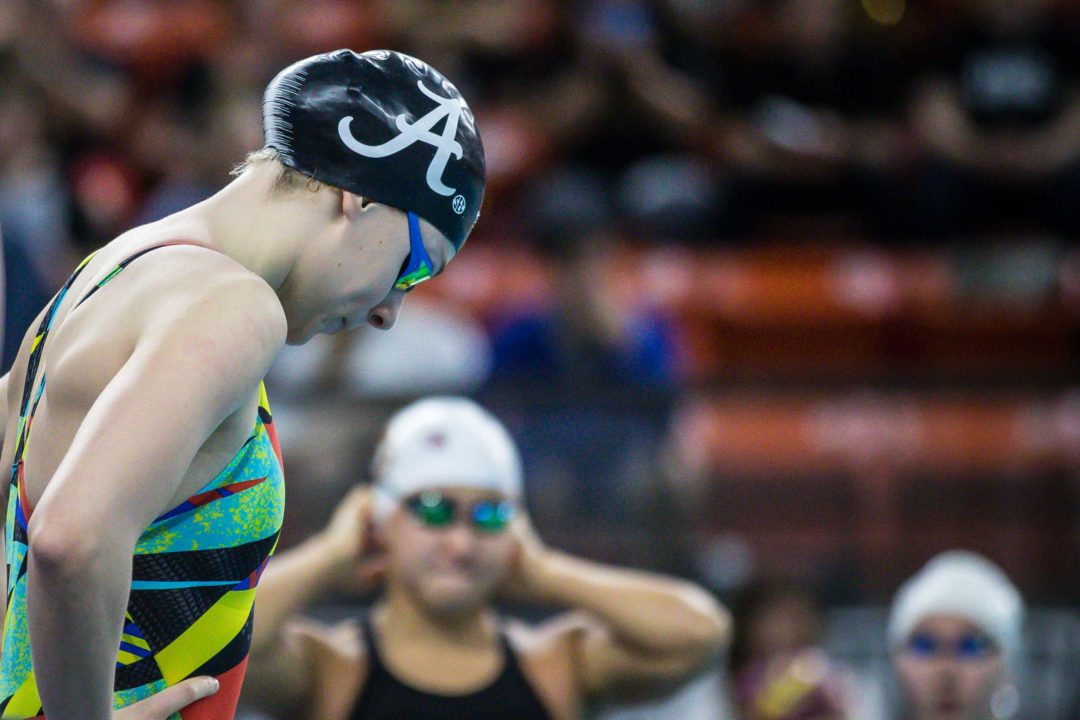 The Crimson Tide travels to Atlanta to take on the Yellow Jackets, Friday at 1 p.m. CT. Archive photo via Jack Spitser/Spitser Photography

TUSCALOOSA, Ala. – Alabama swimming and diving is set to close out its regular season Friday at 1 p.m. against the Georgia Tech Yellow Jackets in Atlanta, Ga.

The Crimson Tide last competed at the McAuley Aquatic Center last season in the Georgia Tech Fall Invitational where the Crimson Tide broke eight school records during the event. The two teams last met in a dual meet on Jan. 20, 2017, with Alabama winning both the men’s meet (145-96) and the women’s meet (150-91) in Atlanta.

“We’re excited to get out there and compete on Friday. It feels like it’s been a long time since we’ve faced another team, and this will give us a chance to work on the details in a competitive environment, both off the blocks and off the boards, before we transition to the championship season. This meet will also serve as the last regular-season competition for a senior class that has meant so much to our program.”