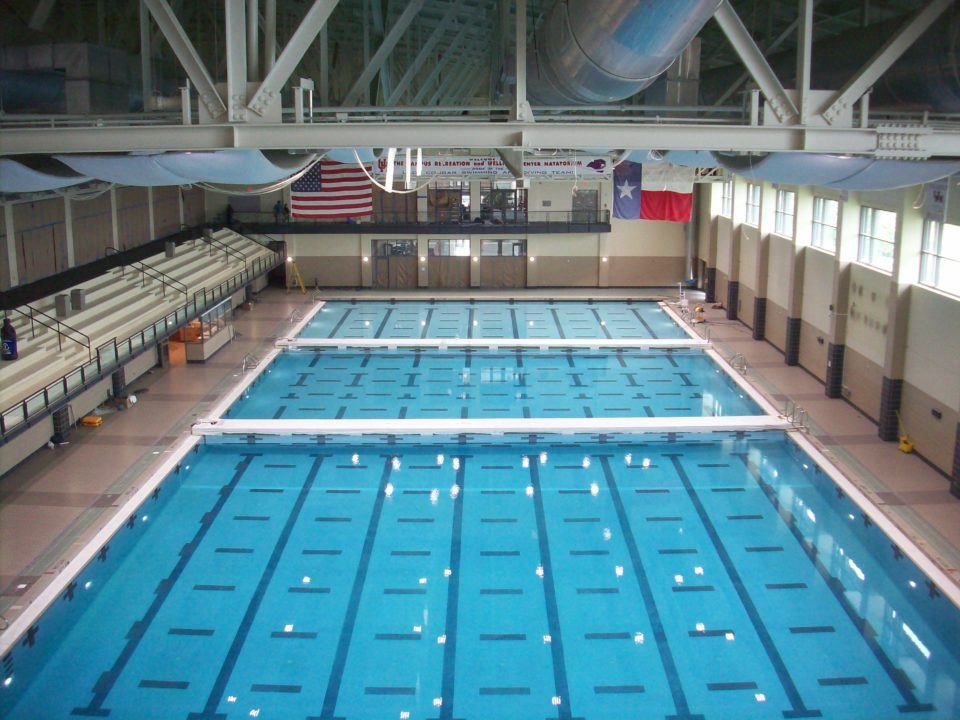 Due to a water main break, Thursday finals of the 2020 WAC Championships were cancelled. Yesterday's prelims were scored as timed finals. Current photo via Houston Athletics

Due to a water main break near the University of Houston, Thursday finals of the 2020 WAC Championships were cancelled. Yesterday’s prelims were scored as timed finals. The break occurred less than 5 miles away from campus, and the University of Houston has no running water. The meet carries on today with timed finals. Spectators are not allowed in the facility as there are no working bathrooms. Portable toilets and wash stations were brought in for athletes and staff.

Read on for a recap of Thursday’s events and an update on the team scores. Keep in mind, this was a very unexpected event, and swimmers may not have put forth their full effort in prelims, especially those who could swim conservatively and still make the final.

NOTE: The below team scores do not include Thursday diving, which will be completed on Friday.

Bakersfield got back-to-back wins as Autumn D’Arcy led in 2:01.94, repeating as champion. Cal Baptist’s Isabella Rhodes, the 2019 bronze medalist, was just 2 tenths shy of a best with a 2:02.32. New Mexico State’s Jordan Andrusak was closely behind for bronze in 2:02.38, nearly catching up to Rhodes’ time as she outsplit her on the free leg. Grand Canyon’s Alyssa Christianson was within tenths of her best for 4th in 2:02.89.

We saw the same top 3 as last season in the 50 free. After tying for the title in 2019, Northern Arizona’s Elisa Rodriguez and Northern Colorado’s Madelyn Moore were the top 2 finishers. Rodriguez repeats as champion with her 22.81, while Moore took 2nd in 22.95. UNC’s Emily Hamel repeated as the bronze medalist in 23.03.

NOTE: The below team scores do not include Thursday diving, which will be completed on Friday.