After Pulling it Off at SECs, Ellen Walshe to Swim 400IM/100 BF Double at NCAAs 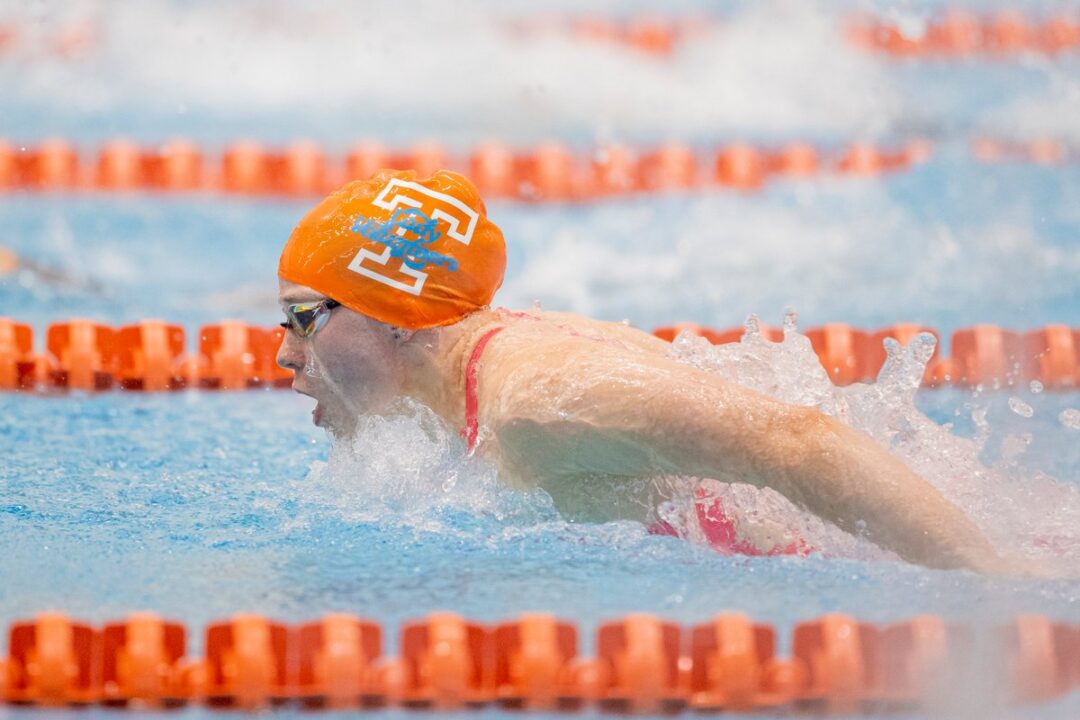 Walshe managed to pull off the double at SECs, shocking the swimming world by winning both titles just 33 minutes apart. Stock photo via University of Tennessee Swimming

The pre-selection entry lists for the 2022 Women’s NCAA Division I Swimming & Diving Championships have been published. The meet will run from March 16-20 in Atlanta at the Georgia Tech Mcauley Aquatic Center.

Tennessee freshman Ellen Walshe is forging ahead with the grueling 400 IM/100 fly double she swam at SECs two weeks ago, and will be entering the same events at NCAAs. The decision is an interesting one given that Walshe swam a 1:53.92 200 fly back at the Tennessee Invite in the fall, a time which would have ranked her 12th on the NCAAs psych sheet. That seems to indicate that Walshe and the Tennessee coaching staff believe she has a better shot at a higher finish in the 100 fly than the 200 fly, even with the 100 fly coming directly after the 400 IM.

Walshe managed to pull off the double at SECs, shocking the swimming world by winning both titles just 33 minutes apart. This time around it’s going to be much more difficult, however, because the competition will be stiffer and there will be less time between events. That being said, things did fall sort of perfectly for Walshe in terms of the timing. She’s the #3 seed in the 400 IM, which will put her in the 3rd-to-last heat of prelims, and she’s the #4 seed in the 100 fly, which will put her in the last heat of the 100 fly prelims. However, even though things fell in her favor, Walshe is still looking at probably a 15-20 minute turnaround between the 400 IM and 100 fly in prelims.

If she’s able to make it into the championship final in both events, the turnaround isn’t going to be any better in finals. In finals she would be looking at the awards ceremony following the 400 IM, then would only have the B final of the 100 fly before she’s racing again.

All that being said, Walshe already proved to us at SECs that she’s plenty tough enough for a brutal double. There’s no doubt Walshe will be one of the most-highly anticipated swimmers of the day on Friday.

Good for her. We need more swimmers doing this (successfully) and get away from the One and DONE attitude that permeates swim meets.

I have never seen fly called BF my brain was glitching

Doesn’t the NCAA allow awards ceremony stand-ins for situations like this?

There’s no chance this ends well. She’s way better off doing the 200 fly, but time will tell.

She would benefit from when they used to allow anyone from the team to go and accept the award as a proxy.

100% clicked just to figure out what “BF” was an abbreviation for.