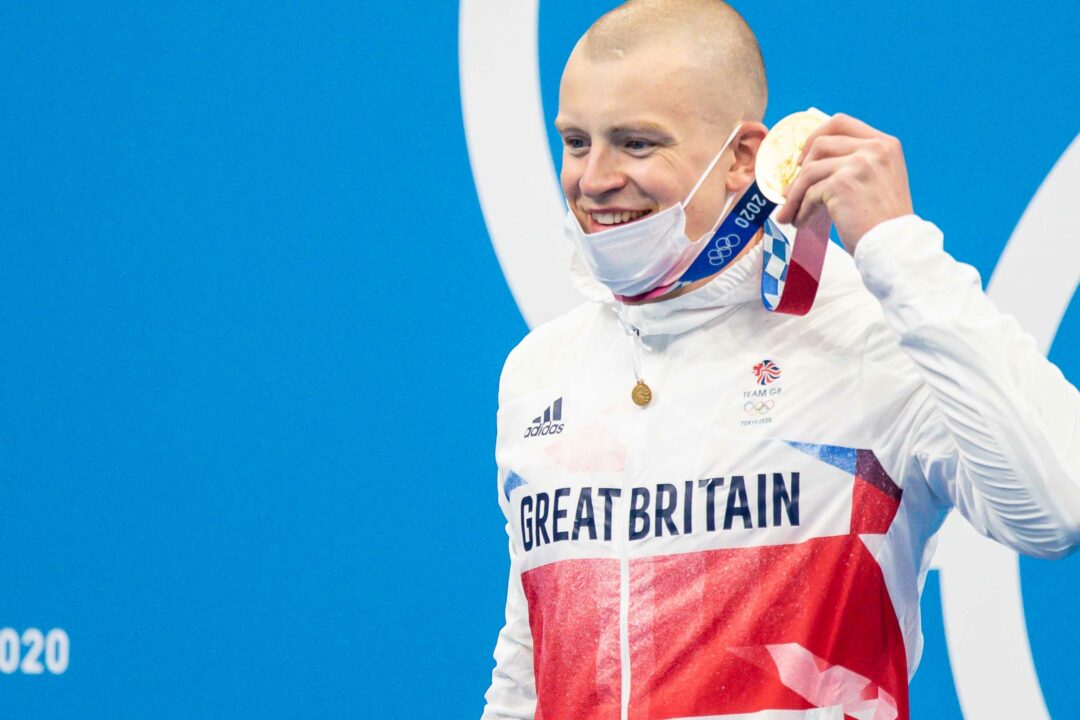 He and his professional dance partner Katya Jones performed a samba to George Michael’s “Faith” that earned 29 points from the judges. This was slightly lower than their score last week, but still one of their highest scores of the season so far.

Costume designers had Peaty in a white T-shirt and double-denim: tight denim jeans and a jacket that he shimmied out of in the beginning. He matched Jones in her ruffled denim dress.

Together, their upbeat performance placed 7th out of the 11 teams remaining, according to the judges’ votes alone. Next, the show will tally the public’s votes on Sunday to decide who will be eliminated after the 5th week of competition.

The Strictly Come Dancing finale is scheduled for December 18th, meaning if Peaty makes it to the end he will miss the International Swimming League playoffs in Eindhoven in November. London Roar re-drafted him this year and has made it to the playoffs ranked 4th out of 8 teams without their star breaststroker.

This dude is having the time of his life 🤣🤣

But he needs to come back with the ROAR asap though