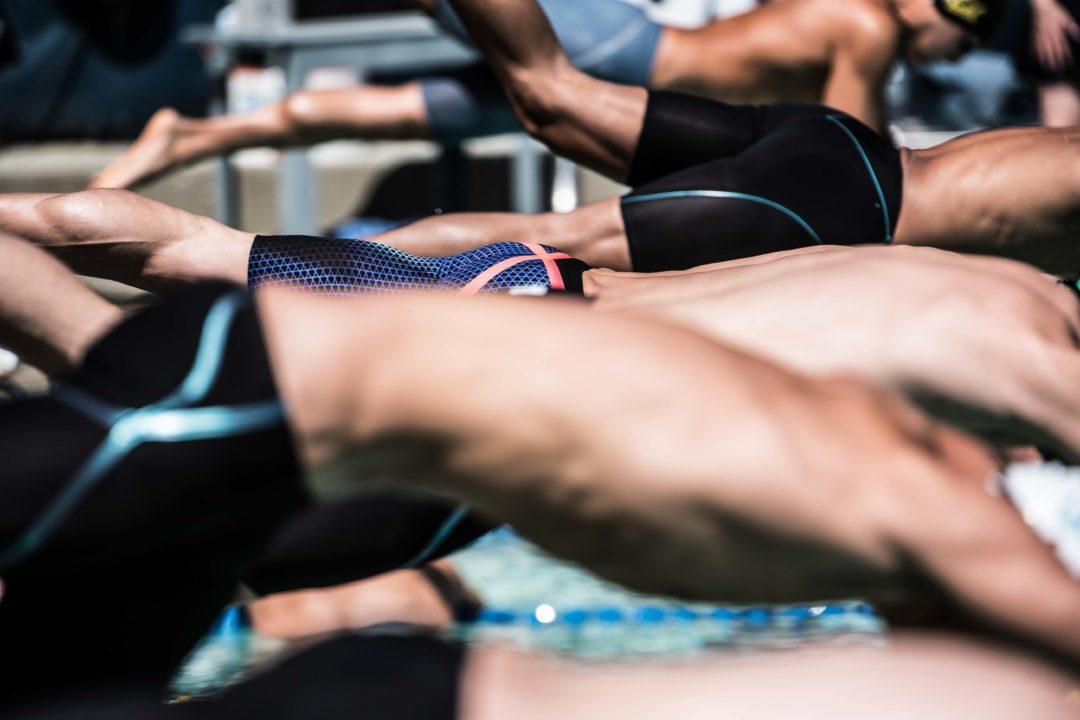 91 more teams earned Scholar All-America status for the fall of 2016 than did so a year ago, according to the College Swimming and Diving Coaches Association of America (CSCAA), which compiles the numbers. Stock photo via Mike Lewis/Ola Vista Photography

91 more teams earned Scholar All-America status for the fall of 2016 than did so a year ago, according to the College Swimming and Diving Coaches Association of America (CSCAA), which compiles the numbers.

The CSCAA list tracks colleges with swimming and diving programs that earn team grad point averages of 3.0 or higher for a semester. This year’s list features 638 teams from 394 different academic institutions.

Here were the leaders by division:

The full CSCAA press release is below:

Norfolk, VA – A record 638 teams, representing 394 institutions have been named College Swimming and Diving Coaches Association of America (CSCAA) Scholar All-America Teams.  The awards are in recognition of teams’ that achieved a grade point average of 3.0 or higher during the 2016 Fall Semester.  Ninety-one additional teams and thirty-six more institutions achieved the honor compared to a year ago.Part of the reason for the increase in award-winning teams is the overall growth of the sport.  The number of men’s and women’s institutions sponsoring swimming and diving is at a ten-year high.  The sport is also enjoying a bump in participation that has traditionally followed Olympic years.

CSCAA Executive Director Joel Shinofield feels much of the credit, however, goes to the coaches.  “Our coaches understand that the essence of intercollegiate athletics is the experience each student-athlete receives, and an emphasis on academics reflects what coaches feel is most important.”

Shinofield was quick to point out, however, that good grades were not at the expense of athletic excellence.  “College swimming and diving has never been more competitive, and yet over 80% of our Division I member teams and nearly 80% of all teams in the Top 25 are also Scholar All-America teams.”

In total 73% of all CSCAA member programs posted GPA’s above 3.00 with 91% of Division I women’s teams meeting the mark.  Women’s teams averaged a 3.336 GPA with men slightly behind at 3.22.   Iona College’s women led all Division I programs with a 3.68 while Grand Canyon University led all Division I men’s teams with a 3.68.  Urbana College’s men (3.57) and Northern State’s women (3.76) were the leaders in Division II.  Among Division III programs, Vassar College (3.59) and MIT (3.72) led the men’s and women’s rankings respectively.  The Fashion Institute of Technology led both men’s (3.67) and women’s (3.30) NJCAA institutions.    Olivet Nazarene (3.18) led all men’s NAIA programs while SCAD-Savannah (3.54) topped the women’s standings.

To be selected as a CSCAA Scholar All-America Team, programs must have achieved a grade point average of 3.00 or higher over the fall semester.

University of Arizona Women had a 3.2 but I don’t see them listed.

Both the men’s and women’s teams from Hamline University should be recognized under Division 3. GPAs are as follows,
Men: 3.24
Women: 3.42

Thanks for catching that!

The standards need to be more difficult. What a joke 3.0 Academic All-American. Should be 3.3 for women and 3.25 for men.

You’re holding women to a higher standard and men to a lower because???? Really??

Obviously they should be held to different standards. On average, girls are in majors that are wayyyy easy than men. Seriously, look up the stats. Sure there are a couple girl engineers on every team, but then the rest…well aren’t…I’m not going to list out all the joke majors, you all know them.

Yes please elaborate on this. Not sure why men should get a lower GPA earning and women a higher one. Women take the same courses as men yet by your standards they should be different.

The only logical explanation I can think of is that there are far more girls than boys teams in the NCAA. So maybe by giving boys a lower GPA standard there would be a similar number of teams getting the recognition.

There are NO “girls” or “boys” teams in the NCAA.

First societal norms show that females have higher GPAs out of HS and hold higher GPAs in the collegiate arena. It would therefore be a more true indicator for Academic All-American standards to have higher GPA requirements for female athletes. Since when are we concerned about holding men and women to the same standard? Are the NCAA scholarships equal? Are the number of men who compete at NCAAs each year equal to their female counterparts? Are the A time standards the same for men and women? Of course not. There are gender differences some of which are conveniently ignored in the interest of equality can never equal. Gender specific equality offers both men and women opportunities to reach specific gender… Read more »