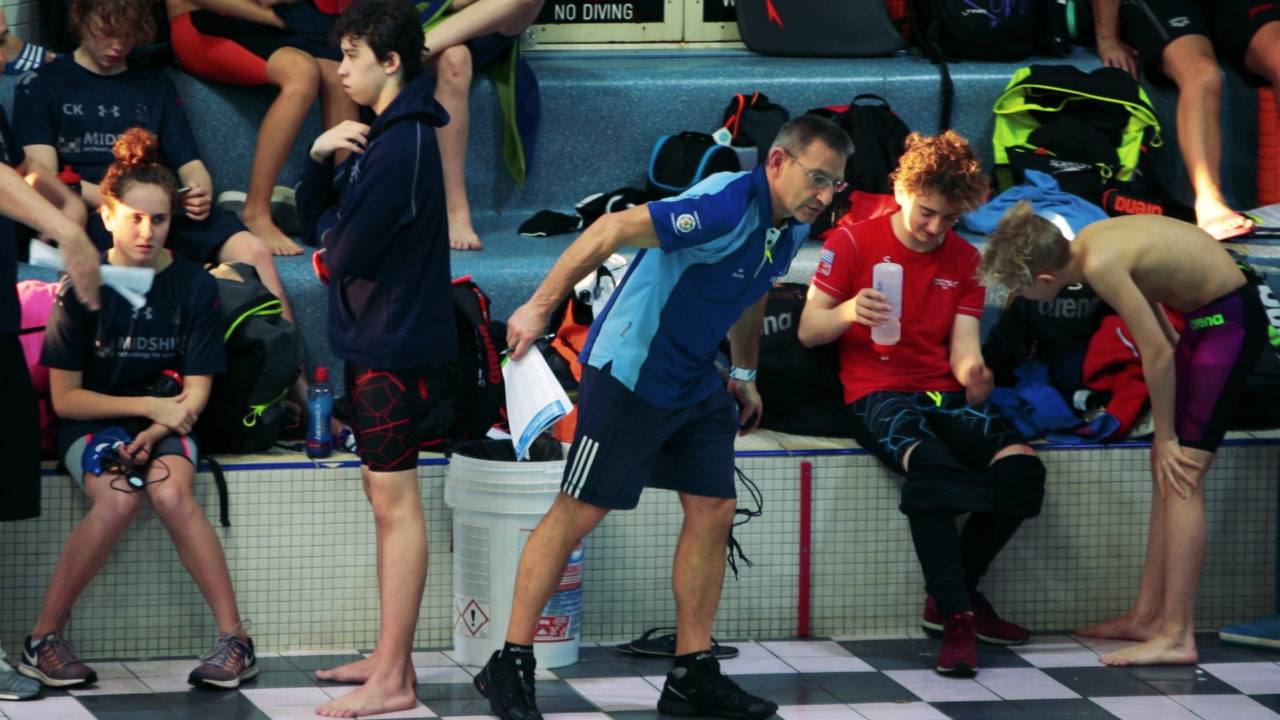 We did a lot of things that I know annoyed our children’s swim coaches. Here are some of the things we did and we’ve seen other parents do that annoy coaches. Current photo via Alex Miller

We did a lot of things that I know annoyed our children’s swim coaches. Our intent was wanting the best for our children and to look out for their best interests. One of our early coaches was patient beyond belief and worked with parents to help educate them about swimming and swim parenting. We were fortunate to learn from him.

Here are some of the things we did and what we’ve seen other parents do that annoys coaches:

ONE
Habitually late for practice.
I’m not talking about being stuck in traffic or having an orthodontist appointment. This is about parents who bring their kids to practice late all all the time. Think about what message that sends to the coach, let alone their child.

TWO
Interrupting the coach during practice.
For lots of teams, parents aren’t allowed on the pool deck. Our team practices outdoors and parents used to sit and watch practice. Parents, including me, would approach the coach to ask a quick question throughout practice. When you get a half dozen parents interrupting, we were taking our coach’s eyes off the kids and not allowing the coach to work.

THREE
Coach your kids.
A coach may be focusing on a specific skill or technique to get swimmers to the next level. Since we can’t read the coach’s mind, we may not know what they’re working on. I watched one dad constantly coach his daughter at meets and yes, it made the coach unhappy. Often parents give contradictory information which ends in confusion.

FOUR
Ask to have your child moved up.
There are a few parents who think their kids need to be moved up before they are ready. Sometimes, coaches will acquiesce to appease the parent. I’ve seen swimmers quit when they were moved up too soon, especially if they struggled to keep up with the intervals. Instead of being at the top of the their group, they were last, slowest and never got a chance to rest.

FIVE
Talking smack on the pool deck.
I’ve heard parents talk badly about coaches, other parents, swimmers, teams and just about everything else. Negativity spreads like wildfire and it always gets back to the coach. If you hear someone talking bad stuff behind other people’s backs, tell them to stop or walk away. Try not to get trapped into listening and participating.

What other things have you seen parents do that annoy their kids’ coaches?

If you have a question for Elizabeth Wickham, please email her at [email protected] and your question may appear in a future story.

I had coaches that moved my kid up when I didn’t want them to. I had a one on one meeting with zero success as the coaches had their rules. My child was old for his grade(6th grade) and wanted to stay with his peers, but was moved to the senior group as a sixth grader as he would be 13 prior to the regional meet. The senior group at that time consisted of HS girls as the older boys were in the HS season. My son has since moved on from swimming for which I can’t blame him.

No, no, no, no….just stop this nonsense article.

First of all; yes, a coach should be able to coach uninterrupted. Ask the parent to leave and later explain the rules in a 1 to 1. If that fails, ban the parent from the premises. What’s the problem? I coach myself and this issue is resolved after the 1 to 1.

Parent coach their kids? More than likely, it’s due to lack of coaching from the coach. Or poor coaching. Even if that isn’t the case; what goes on between parent and child is none of your business. I know it sounds harsh, but so what. Be a better coach and/or talk to the parent.

Does a parent ask to… Read more »

While I agree with a lot of what you have to say, I think you’re being a bit naive when you suggest that parents coaching their swimmers is due to lack of coaching. Trust me — even at top-20 programs, you have parents who are intent on coaching their children and insistent that they know better.

I once had a parent tell me I wasn’t teaching young swimmers butterfly correctly during a season when I had numerous age groupers podium in every butterfly event at our LSC Championships. He insisted on coaching his son himself and then he blamed his son’s poor performance on the coaching. While I agree that parent/child relationships are not a coach’s business, (unless abuse… Read more »

Congratulations on your age groupers success. Personally, I’d like to gauge my coaching skills by the ability and progress of my SLOWEST swimmers.

My point though was to point out the repeated and biased criticism aimed towards swim parents. To make things over clear: How many articles have you read about coaches that absolutely suck? They’re out there…

That sounds like an asinine standard because the slowest swimmers are always going to show the most progress by virtue of starting off at a lower level. It doesn’t take any skill as a coach to get a 12 year old from a 1:45 100 free to a 1:15. It takes basic competence. Getting them from a :59 to a :53 is a different story.

I can’t think of a single coach who was ever named to junior national team staff because of the progress and ability of their slowest swimmers.

While this is all generally true, there are unfortunately instances when the quality of the coaching is such that coaching your own kid (if you have the expertise) or hiring a private instructor is unavoidable. When complaining to the head coach has no effect and finding another team is not a viable alternative. Not that every coach was like this, but when my daughter first started swimming on pre-comp, she ended up with a string of coaches who gave no feedback, positive or negative, on her stroke, or any of the other kids either. I’m a former competitive swimmer through college, former coach and 20-year masters swimmer, and couldn’t help notice all the things the kids were doing that needed… Read more »

Parents who are too involved can be challenging but so can those who drop their swimmers off and never see what their age group swimmer is is doing in the pool. I find there are 2 times when this is problematic. If the swimmer exhibits poor behaviour that disrupts others in their lane quite often these parents who never watch will be the ones who get most offended when the poor behaviour is discussed – our job as coaches isn’t supposed be advanced crowd control. Also the swimmer who doesn’t try in sessions and then blames everyone except themselves for not getting better – again these parents seem to be most annoyed with the poor job that the club is… Read more »

I once had a parent who didn’t like my dryland routine and he thought it would be helpful to bring me some ancient article on dryland training for a completely different sport.

Don’t do that either.

The list can be longer, but this is a good start. I enjoy your column.