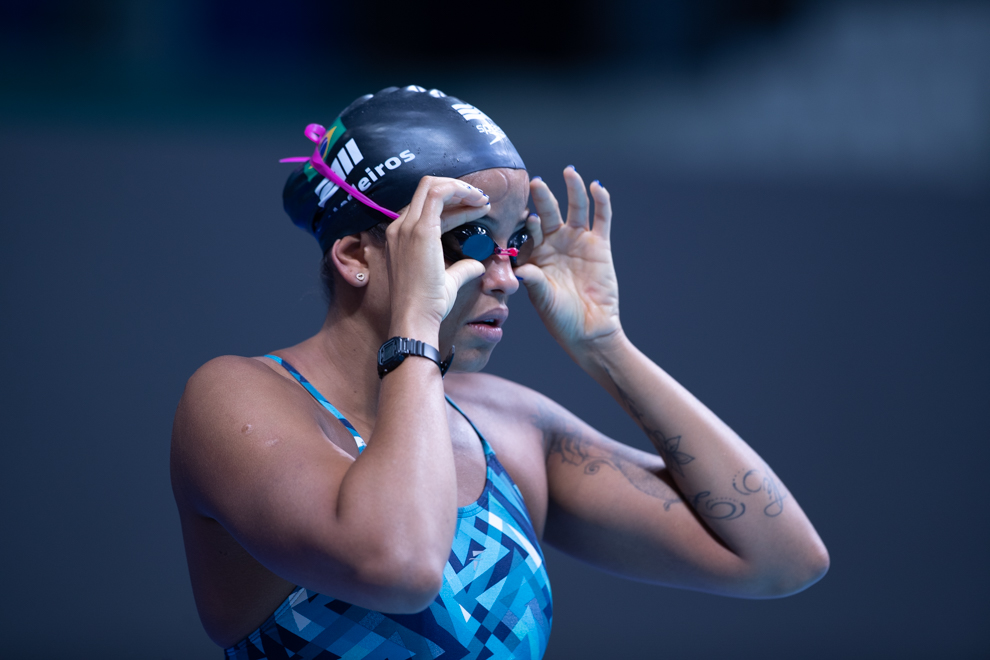 Etiene Medeiros of Brazil has dropped the 100 back on Monday morning. After winning bronze in the 400 free, Gabriele Detti of Italy scratched the 200 free. Archive photo via “Rafael/Domeyko Photography”

With ten lanes being swum in prelims, the top 30 swimmers compete in the circle-seeded heats. (There are only two circle-seeded heats in the 400-meters-and-longer races.) Etiene Medeiros of Brazil, Italy’s Gabriele Detti, and Trinidad, Tobago’s Dylan Carter and Canada’s Mackenzie Padington declined their spots in heats on Monday morning.

Seeded 21st in the women’s 100 backstroke with 1:00.13, Medeiros scratched the event altogether. She is also entered in the 50 back, where she is seeded fourth, the 100 free (seeded 28th), and the 50 free (seeded 9th). Medeiros broke a World Record in the 50 SCM backstroke at the FINA World Championships in Doha in December 2014. In 2015 she broke the South American record in the 100 LCM backstroke with 59.61, then followed it up an hour later with a South American record in the 50 LCM freestyle (24.55). Medeiros competed in the 100 back at the 2016 Olympic Games in Rio but failed to advance to the semi-finals, finishing 25th out of heats. She is the defending World Champion in the 50 backstroke and will swim in those prelims on Wednesday morning. She told Brazilian media in March that she was shifting her focus to sprint freestyle in preparation for Tokyo 2020.

Detti and Carter bowed out of the men’s 200 freestyle heats. Detti was seeded 23rd with 1:47.02; Carter, 27th with 1:47.71. Detti swam a pair of 400 freestyles on Sunday, ultimately taking the bronze medal in finals with a new Italian Record of 3:43.23. Detti told Italian media after his 400 free final that he was feeling optimistic about swimming the 4×200 freestyle relay later this week. He is also entered in the 800 freestyle, whose heats will be swum on Tuesday morning.

Carter competed in the 50 fly prelims and 50 fly semi-finals on Sunday. He was 13th in the semis and will not move on to Monday’s finals. Carter is also entered in the 50 freestyle, 100 freestyle, and 100 backstroke. He is swimming in heats of the backstroke on Monday morning.

There were no other scratches from the circle-seeded heats on Monday morning. The session will begin at 10:00 AM local time and is expected to conclude at around 12:45 PM.